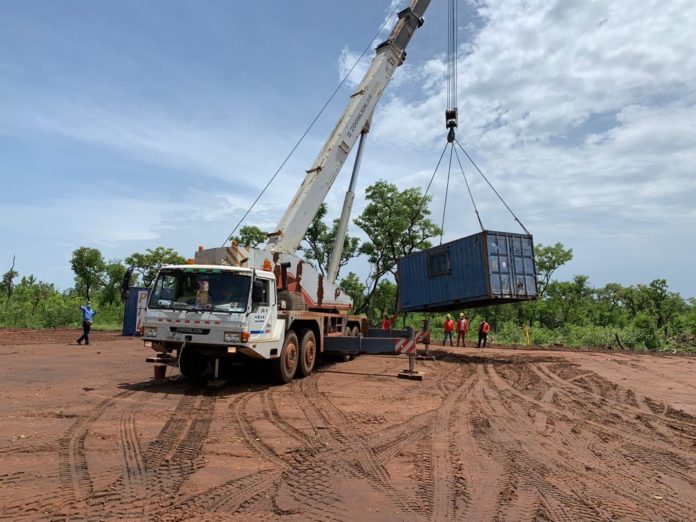 Power Construction Corporation Of China (POWERCHINA), the contractors of Ghana’s Multi-Purpose Dam (Hydro-Power, Irrigation and Solar facility) which currently ongoing at Pwalugu, (a boundary community between North East and Upper East Regions of Ghana) has begun the clearing of the Project Site, construction of Contractor’s Project Camp Sites, Road Networks in the project area for the construction of PMDP to commence.

The Multi-Purpose Dam is being funded by the Government of Ghana with the Volta River Authority(VRA) as it’s implementing and supervising Agency.

The construction is estimated of the dam as estimated will take three and half years to be completed.

Mr. David Prah, A Senior Government and Public Relations Officer for the Pwalugu Multi-Purpose Dam Project together with a team made up of Community Development Experts, Civil engineers, Surveyors, Resettlement Specialists, Electrical engineers, and others from the Volta River Authority (VRA) are carrying out continuous Stakeholder/Community engagement within the Projects Affected Communities (PAC).

The Stakeholder Engagement Team interacted with the traditional rulers and the community members at some of the projects affected communities such as Talensi, Nabdam, Garu, Banku West, Mamprusi West, Mamprusi East, Bunkrugu, Nakpanduri, Zongoyili, etc.

The Stakeholder Engagement Team also had “Pre-Site Entry” Community Sensitization for the Affected Districts in both North East and Upper East Regions with the meeting of the Chiefs and People of Timonde, Nabouk, Kaadi, Nakpanduri, Zongoyili, among other affected communities.

President H. E. Nana Addo Dankwa Akufo-Addo, in November 2019 detonated a bomb at a colourful Sod cutting event at Pwalugu to signify the beginning of construction of the project.

The PMDP is expected to increase Ghana’s renewable energy capacity from 2% to 10% by 2030 to meet the United Nations Framework for Climate Change (UNFCC).