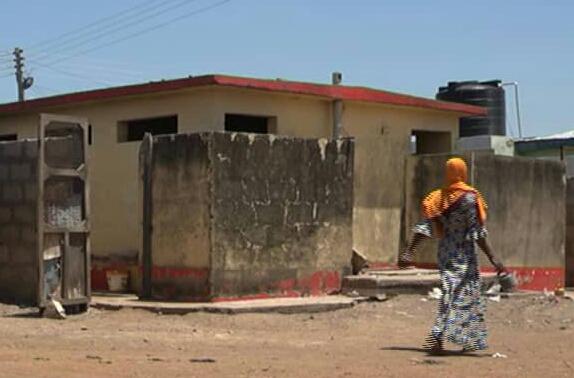 Persons with Disabilities (PWDs) in Wa are unable to access public toilet facilities due to the absence of disability-friendly facilities, a survey report has revealed.

That, the survey said, compelled the PWDs to defecate in polythene bags or potties and later dispose of in nearby bushes or communal waste dump site.

It was titled: “Access to Public Toilets Facilities Amongst Physically Challenged People”, and observed that about 90 percent of the PWDs in the survey area said they could not access public toilet facilities.

Forty PWDs participated in the survey which was conducted in Wa, the Upper West Regional Capital.It was to assess how disability-friendly public toilet facilities were in the face of the implementation of the Ghana Disability Act, 2006 (Act 715) which sought to protect the rights of PWDs and facilitate their inclusion in mainstream social, political, and economic activities.

According to the report, 97.6 percent (39) toilets out of a total of 40 functional toilet facilities in Wa, where the survey was conducted, had stairs at the entrance, which made it inaccessible to PWDs.

“The audit revealed that 97.6 percent of the (42) functional public toilet facilities had stairs, ranging between a step and 3-steps stairs at the main entrance”, it explained.

It added that only one facility had a ramp at the main entrance but that PWDs could not access it independently as the ramp’s gradient was calculated to be 1:3m, which was steeper than the recommended 1:12m.

The report noted that only three of those facilities could be accessed independently by a wheelchair user if a ramp was provided.

It said that was due to insufficient space to enable the wheelchair to make a 90° turn on the entrance to access the corridor leading to the cubicle.

It added that the outcome of the audit confirmed why wheelchair users had to leave their wheelchairs outside and crawl into the facilities.

The outcome, it said, showed that PWDs were gravely marginalized or excluded from accessing public toilets in Wa.
It argued that the lack of holistic enforcement of the legal and regulatory structures geared towards ensuring inclusiveness was the source of the continuous discrimination and social exclusion of PWDs in Ghana.

The study, thus, recommended that Architects, Civil Engineers, and other construction professionals as well as Districts, Municipal, and Metropolitan Chief Executive should be surcharged for supervising the design and construction of facilities that did not align with the tenets of the Disability Act.

It also suggested modifying the environment of existing facilities to accommodate the needs of PWDs without necessarily altering the physical space.

The report further urged Disability Rights Movements and Water, Sanitation, and Health promoters to intensify advocacy for the design and construction of accessible and inclusive toilet facilities