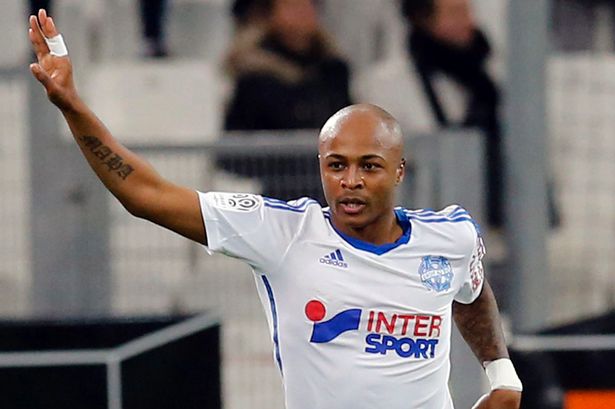 Redknapp quit yesterday, maintaining he had had no issues with the QPR owner despite failing to land a single player on the final day of the transfer window.

Fernandes in turn maintained the 67-year-old ?s departure had been amicable. The Malaysian claimed just two weeks ago that Redknapp was ?the best man to get us out of the position we currently find ourselves in.?

But Mirror Sport understands Fernandes himself refused to sign off on a deal that would have seen 25-year-old Ayew join the club and ease the pressure on leading striker Charlie Austin.

Contrary to suggestions that Ayew had turned the Hoops down, the striker ? who has 60 caps for his country ? was actually offered to QPR. The club initially agreed to take him ? only for Fernandes to veto the deal.

Fernandes then went on to social media with his now well-documented ?No more cheque book? tweet suggesting it was down to Redknapp to get more out of his existing squad.

The collapse of the deal sparked a miserable Deadline Day for Redknapp who was then turned down by the likes of Adebayor on Monday morning, Carlton Cole on Monday afternoon and Aaron Lennon on Monday night.

In each case the players felt Rangers? prospects of staying in the Premier League looked too bleak.

Meanwhile, it is believed Glenn Hoddle followed Redknapp out of the club after realising he would not be considered as the 67-year-old?s replacement.