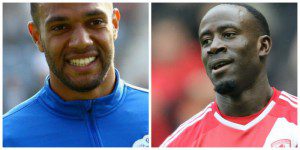 Boro are weighing up a move for Philips in a deal which could see the Ghana international move in the opposite direction.

It has been reported that Boro had a  £6m bid for Phillips rejected on Thursday and could return with a much improved offer.

English media are reporting under-pressure Queens Park Rangers would consider a deal that include Adomah.

The Black Stars wideman,  who had spells at Barnet and Bristol City before moving to Teesside in 2013, handed in a transfer request in August after falling out with Boro boss Aitor Karanka.

He has since re-established himself as a first-choice player, making 28 appearances for the Championship leaders this season and scoring six goals.