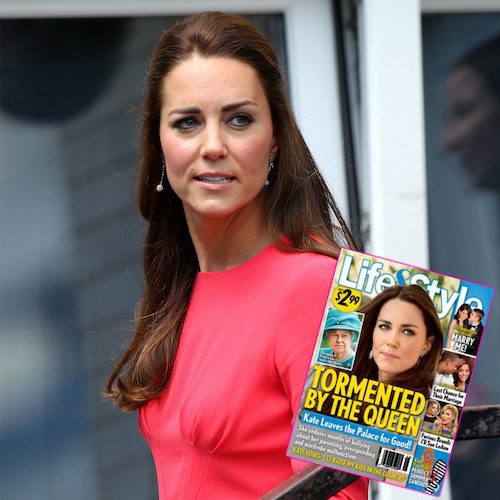 Since tying the knot with Prince William in 2011, Kate Middleton has been criticized by Queen Elizabeth II for her high profile wardrobe malfunctions and even parenting methods.

Now sources tell?Life & Style?that the queen is coming down hard on Kate for her ?excessive overspending? on renovations to their 10-bedroom Anmer Hall house in Norfolk, England, which the Duchess of Cambridge plans to turn into her family home.

?The queen is famously careful about not being flashy,? a source tells?Life & Style.?But thanks to Kate ? and a $2.5 million overhaul ? the estate now boasts new roof tiles, $800,000 in fresh landscaping and a sitting room. The duchess also shopped around for new fireplaces and William?s grandma isn?t happy.

?She?s shocked about Kate?s overspending. She thinks it doesn?t make Kate or the royals look good to be splashing out millions on redecoration.?

Kensington Palace ? where William and Kate have been assigned a four-story flat ? can feel like a fishbowl, with much of it open to the London public. So, against the queen?s wishes, Kate?s moving her family to the countryside estate, which is two-and-a-half hours away from Buckingham Palace ? and the royal family.

?The queen feels it?s important for William, Kate and [Prince] George to be based in London. But Kate is completely going against her wishes,? adds the source. ?It really gives them a lot of privacy,? royal expert Yvonne York tells?Life & Style.