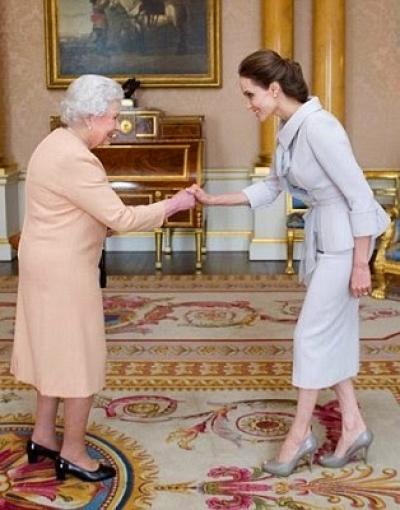 Internationally acclaimed Actress; Angelina Jolie met with the Queen of England; Queen Elizabeth yesterday at the Buckingham Palace. She was officially awarded an honorary damehood.

According to UK Mirror,   she was being recognized because of her campaign against sexual violence. She was presented with the Insignia of an Honorary Dame Grand Cross of the Most Distinguished Order of St Michael and St George at a reception at Buckingham Palace. And of course her family was present to support her but they didn?t take photos with the queen.