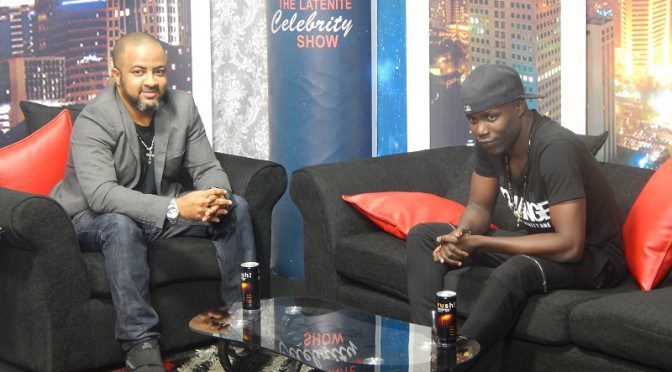 The Late Nite Celebrity Show is back with a bang. Hosted by Eddy Blay Jnr, the all new show had vocalist Qwaci as the opening guest.

Qweci, known for songs including Ak33, Yebesa and more tried explaining what he meant when he mentioned in an interview that he slept with 100 women.

The reports that followed did not excite the singer and he used this opportunity to expantiate on what he really meant.

“What I said people took it the other way around.” He told Eddy Blay Jnr.  “You know, I was a model and I still model, I do music and I’m also a stylist making clothing so you what happens when you are around, when I talk about sleeping with them, I meant like a comforter and not like literally sleep with them. People thought differently because when you are a model you hang around many women. So when I said sleep people just took it and run with it. When I say sleep, I meant comforting them like friends do.”

The Late Nite Celebrity Show airs on eTV on Mondays, Wednesdays and Fridays.