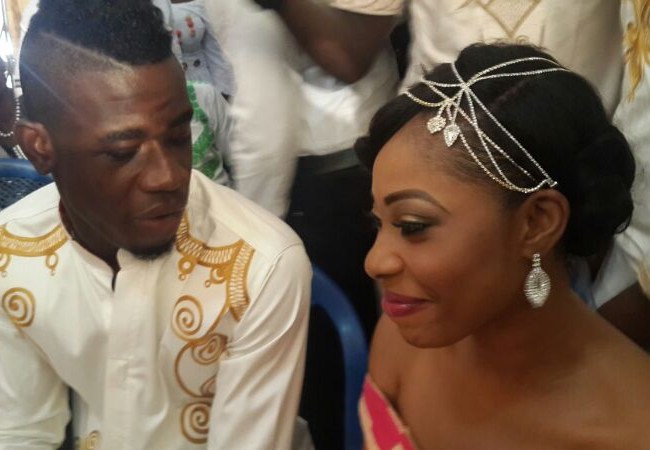 Chief Executive Officer of Sunyani-based Suncity Radio, Mr. Ransford Antwi, has insisted that the station did not need approval from Oliver Arthur, agent of Ghana and Torino midfielder Afriyie Acquah before going ahead with a divorce story involving the player and his wife, Amanda.

According to the widely respected entrepreneur and former BA United Chief Executive Officer, “the story which should have been published more than a week earlier was delayed because he had to get his Executive Producer to hold on with publication until the two [both Afriyie Acquah and Amanda] had left for their various bases in Europe,” he revealed.

Moreover, he added that “certain details were with-held out of respect for the two parties. “The marriage is over, Afriyie Acquah knows it, Amanda knows it, and everyone around the two families know that, and according to the lady, her dad would arrive from the States to wrap up the divorce next month, in her absence,” he reaffirmed.
Mr. Antwi found it a bit strange for the agent to rubbish a story that was credible. According to him, “if he had exercised restraint, he would not have done that. If he thought that denying the story would do the player any good, he is wrong,” he stated.

To him, Oliver Arthur should embrace reality and get the boy to go on with his life, and continue to make a name for himself on the green turf.

He however counseled the agent to support his client with better decision making since there are a plethora of decisions Afriyie has taken based on Oliver’s advice which have ended rather badly for the young player.

Mr. Antwi also added that he is inclined to believe that the twitter update may not have been done by the player.

In a related development, a family source has told Suncity Radio that it was rather Amanda who called to inform the Afriyie Acquah family about the divorce, even before the player did.

The source also confirmed Suncity Radio’s version that Amanda has indeed removed all her personal belongings, among others, from her matrimonial home, and has since moved to her base in Germany.