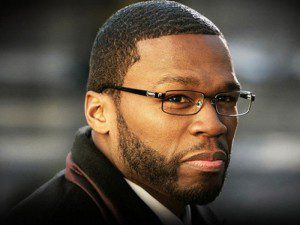 Rapper 50 Cent has filed for chapter 11 bankruptcy protection Monday. ?In court papers filed in the U.S. Bankruptcy Court in Hartford, Conn., Mr. Jackson reported assets and debts each in the range of $10 million to $50 million,? reports the Wall Street Journal.

The filing comes just three days after the ?Get Rich or Die Tryin?? rapper was ordered to pay $5 million to his rival Rick Ross?s baby mama, Lastonia Leviston, who sued him for posting a sex tape online to millions of viewers in an attempt to embarrass Ross.

Previously, 50 Cent was known as one of the world?s wealthiest rappers, largely thanks to his minority stake in Vitamin Water. In 2007, the Coca Cola Company acquired Vitamin Water from Glaceau for $4.1 billion.

According to the Washington Post at the time, ?50 Cent was thought to have walked away with a figure somewhere between $60 million and $100 million, putting his net worth at nearly a half billion dollars.? While the rapper no longer has an equity stake in the company, he continued to act as a spokesperson for Vitamin Water.

Additionally, the rapper?s studio albums alone have sold over 21 million units, and he has starred in a long list of film and TV projects. The bankruptcy claim comes just days after The New York Times published a glowing profile of the rapper, praising his ?exceptional business instincts.?