Ras Mubarak, MP for Kumbungu, has commended the swift response to the call to enhance sanitation at certain parts of Jubilee House, stressing that the urgent response should signal prompt attention to environmental sanitation countrywide.

Pictures of heaps of refuse in front of the seat of Government went viral on Social Media, recently, after, which the mess was promptly cleared after widespread public condemnation.

The legislator, made the commendation in an interview with the Ghana News Agency (GNA), in Parliament House, in Accra, after contributing to the motion to thank President Nana Addo Dankwa Akufo Addo, for delivering the 2019 State of the Nation Address (SONA).

Ras Mubarak commended the President for the appeal, and registering his passion for a clean environment, for which he expressed his disgust in a local language, Akan that the state of sanitation does not befit of Ghanaians.

President Akufo-Addo declared in Akan:”Enfata yen”, to wit, that the state of environmental sanitation is not befitting of Ghanaians.

Ras Mubarak attributed the poor sanitation situation in Ghana to systemic failure, and called for strict enforcement of sanitation regulations, holding people in leadership positions that are to ensure adequate sanitation accountable for any mess.

The Legislator insisted that the Presidency must bring to book and sanction anyone with oversight responsibility for sanitation at the Presidency who failed in his or her duties and thereby brought that embarrassment to the Office of the President.

“Nowhere does the Holy Koran or the Holy Bible say we must keep our environment dirty and unsightly. Rather the holy books are replete with calls to maintain the environment always to the glory of God,” Ras Mubarak said.

He said the National Sanitation Day was somehow dead, and called on the Government to rejuvenate the exercise, with adequate logistics.

Fellow Members of Parliament, together with the Local Assemblies, should also rally their constituents to enhance sanitation.“It is possible, sanitation in Ghana can be improved; Ghana can one day become a sanctuary, if we all put in our best,” Ras Mubarak said.

President Akufo-Addo told Parliament in the delivery of the 2019 SONA: “Last year, I reiterated before you, my pledge of improving sanitation in the country and making Accra the cleanest city in Africa by the end of my term. Mr. Speaker, there has been a significant improvement in sanitation even though I acknowledge that more can be done.” 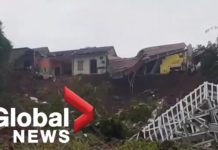