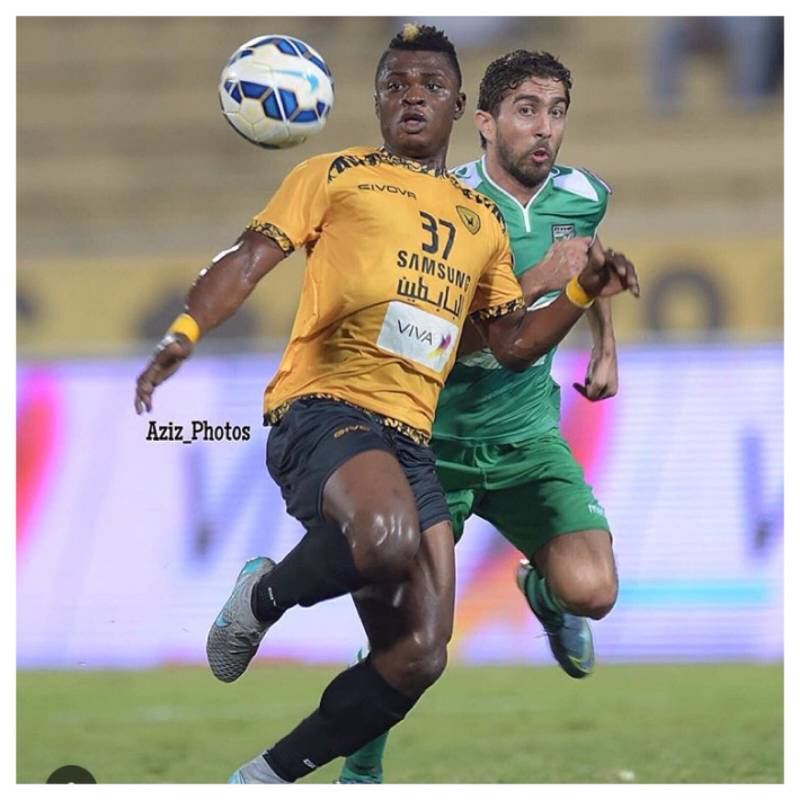 Ghana defender Rashid Sumaila was the star man in defense for Al Qadsia as he provided an assist to secure a vital point at home in their 2-2 draw with Al Arabi in the Kuwaiti Pro League.

The visitors who were favourites to win the game took an early lead when the game was just eight minutes old through Fahad Ansari but Firas Khatib pulled the trigger to level the scoring seven minutes later.

Solomon Faukuputu of the DR Congo shot the visitors into the lead ten minutes into the second half but Rashid Sumaila’s ingenuity and intelligence saw the home side pulling level again through Faris with twenty minutes to end proceedings.

The Ghana defender was lauded by his team mates after he picked the ball from the defense of Al Qadsia and weaved his way through the midfield of Al Arabi, slipped past a defender on the right before placing a tailored-measured pass in front of Firas who swiftly swerved the goalie to secure them a point.

The home draw means Al Qadsia slip to second position surrendering the first spot to Al Islamiya who won 2-0 away at Yarmouk.

Rashid Sumaila, 22, has been in splendid form for the Kuwaiti giants seeing them through to the semi finals of the Asian Champions League.

The former Asante Kotoko and Sundowns defender was a member of the Black Stars team that represented Ghana at the 2014 World Cup in Brazil.