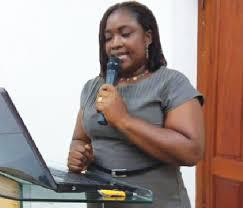 The Department of Gender has charged all Regional Coordinating Councils (RCCs) to commit to its mandatory budgetary allocations for running gender awareness, gender mainstreaming and social protection programmes in the regions and districts.

It noted that effective inter-departmental collaboration and coordination at the district level on gender and social protection policies, programmes and plans would give adequate attention to gender issues programming and resource allocation through the district gender officers.

Additionally, Metropolitan, Municipal and District Assemblies (MMDAs) must ensure disaggregation of data and information on local governments by sex and poverty levels where applicable for effective policy monitoring and evaluation representation at all levels of leadership.

“MMDAs must gather, collate, analyse and disseminate gender and poverty information at the district level by identifying relevant and pertinent gender issues for incorporation into annual district, sector and national plans”.

Mrs Thywill Eyra Kpe, Central Regional Director of the Department made the call at a day’s workshop held for selected staff of the Regional Coordinating Council (RCC), Assemblies and other decentralized departments and agencies.

It was organized by the Department with support from its partners to school the participants on the need to mainstream gender issues into their programmes to engender the growth of women and children.

The Central Regional Director of Gender noted that the Policy mandated MMDAs to play vital roles in the successful implementation of the policy as they were the main machinery for its execution, monitoring and evaluation of action plans at the district and community levels.

Part of the gender policy, she stated, included the examination of the multiple ways in which women and men, as social actors, engage in strategies to transform existing roles, relationships, and processes in their interest and the interest of others.

On gender mainstreaming, the Gender advocate said the overarching goal of the Policy was to mainstream gender equality concerns into the national development processes, policy and programmed.

“It is focused on empowering gender equality, women empowerment and social protection concerns by strongly concentrating on the implementation of its core policy thematic areas to spur equitable national growth”, she added.

Mrs Kpe explained that gender mainstreaming was a goal oriented-process that recognized most institutions as consciously and unconsciously serving the interests of women and encourages institutions to adopt a gender perspective in transforming themselves.

The policy seeks for the world leaders’ commitment to ending discrimination against women by 2030, and announce concrete and measurable actions to kick-start a rapid change in their countries.

The Gender advocate said Ghana’s efforts for gender equity was evident in the nation’s recent achievements as shown by International indices, which, however, raised issues of concerns to include: Inequality in access to social protection by the marginalized, vulnerable and the poor.

Mr George Appiah-Sakyi, Central Regional Coordinator of the Domestic Violence and Victim Support Unit (DOVVSU), took participants through various acts of domestic offences and urged all to make prompt complaints to the police for redress.

Mr Appiah-Sakyi explained that anything that made one jittery, unhappy and uncomfortable in a domestic relationship constituted an abuse under the Domestic Violence Act 732 of 2007.

Mr Michael Tagoe, the Youth Programme officer of the Planned Parenthood Association of Ghana in Cape Coast, said it would be unfortunate for a woman with all the available contraceptives to die from unsafe abortions and, therefore, advised the participants to take up roles in educating their communities on responsible sexual behaviour.