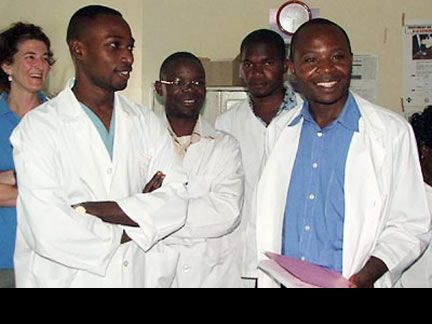 Not long ago, Dim Chukwuemeka Odumegwu Ojukwu,?the Eze Igbo gburu gburu, was befallen with stroke at his home in Enugu. Before he could be airlifted to a specialist hospital in London, the situation had worsened. Several months later, the?Ikemba?was brought back from the foreign land?dead. The epitome of Igbo culture, Professor Chinua Achebe, had to reluctantly relocate to a foreign land, where he finally drew his last breath; of course, because of inadequate healthcare facilities in the homeland. The unfortunate circumstances leading to the death of former Senate President, Dr. Chuba Okadigbo, do not need to be retold here. Another former Senate President, Chief Evans Enwerem, would die tragically while seeking an air ambulance required to transport him to Germany for superior medical treatment. Enter the former Speaker of the Federal House of Representatives, Chief Edwin Ume-Ezuoke, who gave up the ghost in faraway India.??Or, do we dare forget the late music maestro, Chief Osita Osadebe???The legend had to endure most of the last years of his life in the inclement cold weather of North East America, where he eventually passed on. At the time of this publication, Nigeria is still mourning the untimely loss of the iconic former Minister of Communications, Professor Dora Akunyili, who had shown every propensity to die for the Federal Republic of Nigeria, and would have preferred to die in Nigeria, but ended up dying this June in the Republic of India. These are to name just a few.

One needs not be told that most of such outcomes would have been different if there is an advanced medical facility in the local environment, particularly Igboland. But also notice that these cases only represent the rich and famous. You might as well use your tongue to count your teeth?to imagine what the ordinary Igbo masses are going through.

Yet, the most troubling is that the Igbo–a nation acclaimed for prudence–has always boasted the very best not only in the medical world but also in financial resources. How then can the wise be this thirsty in abundance of water? How?

The answer to this question is what has provoked the leadership of World Igbo Congress (WIC) to place the launching of aRegional Medical Center of Excellence (RMCE) in Igboland–as the central project for its forthcoming 20th Anniversary Annual Convention. The RMCE is a Public-Private-Partnership and will be ?manned by over 200 health Care Professionals with proven track record of excellence in current practice in renowned health institutions in the US and Europe…and rapid response powered by broad-band technology for real-time tele-medicine through intercontinental collaborative diagnosis and treatment .??(See:www.worldigbocongress.com).?The goal is to provide excellent healthcare services to the rich as well as the poor and consequently curtail the reigning medical pilgrimage depleting the Nigeria?s national economy.

This is a must-attend event and takes place in Houston, Texas, from?August 29-September 1, 2014.??It promises a memorable confluence of who is who in the Igbo nation and friends of Ndigbo–genuinely committed to the greater good of the society. Be a part of this positive change and commit your very best. For additional info, please visit?www.worldigbocongress.com