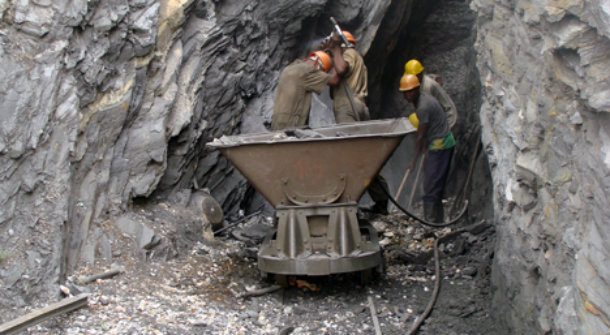 He said, finding new alternatives to formal jobs such as the informal mining sector as an approach would build power resources along the value-chain.

Mr Yeboah said these in an interview with the Ghana News Agency on the sidelines of the Alternative Mining Indaba (AMI2020) in Cape Town, South Africa.

The four day workshop was under the theme, “Environmentally and Economically Sustainable Mineral Economies in an era of Climate Change Catastrophe.”

It is being attended by major industry players, multinational organisations, governments, Faith and Community-based leaders.

The workshop also serves as a training platform for selected Journalists from Africa to hone their craft on tracking Illicit Financial Flows (IFFs) on the Continent.

It is under the auspices of the Thomson Reuters Foundation’s (TRF) Wealth of Nations and the Institute for the Advancement of Journalism (IAJ).

He said data from the Ghana Chamber of Mines revealed that gold produced by large-scale mining companies declined from 2.808 million ounces in 2017 to 2.807 m ounces in 2018.

Mr Thompson added that within the same period, the quantity of locally sourced gold evaluated by the Precious Marketing Mineral Company (PMMC) grew to 1.987 m ounces relative to 1.479 m ounces in 2017.

He said the trend is indicative of the contribution of ASM and possible take-over in the years ahead with the essence to foster social licence as well as ensuring the future materialisation of the African Mining Vision (AMV).

Again, he said license regimes are laborious and cumbersome and lack of requisite knowledge on the part of artisans and owners of concessions about requirements of small-scale mining laws was also a challenge.

He said the reason to unionise and re-organise ASM is to increase union density, build power resources along the value-chain to promote decent work agenda and empower workers in the informal sector.