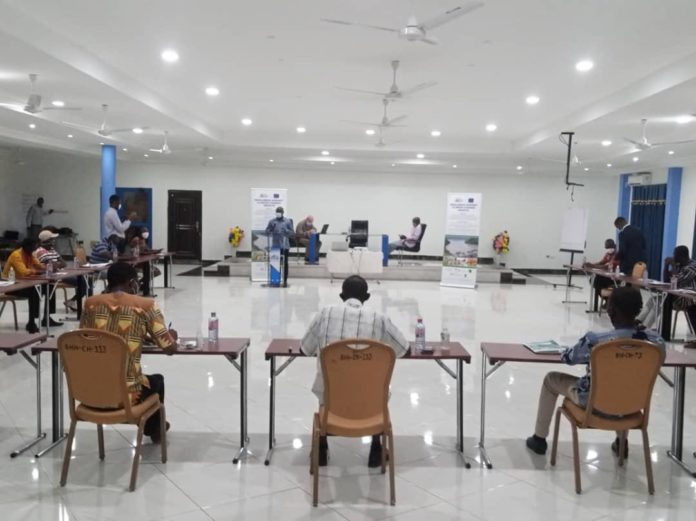 The Resilience Against Climate Change (REACH) project intends to whip-up the level of the yield of unproductive cashew plantations in the North-West Zone of Ghana to boost the economic fortunes of farmers in that area.

To fulfil this, the GIZ-ComCashew/EU-REACH Project has organized a two-day training workshop for Agric Extension Agents in the North-West Zone on cashew ‘top working’ and canopy substitution to help the farmers with the knowledge to improve the yields of their unproductive plantations.

Mr Prosper Wie, Technical Advisor, REACH, said the move to improve on the yields of these unproductive cashew plantations through the Agric Extension Agents was part of the drive to promote agro-forestry and deal with issues of conservation agriculture in the zone.

The training was aimed at improving the capacities of the Agric Extension Agents in line with the government’s Planting for Export and Rural Development (PERD), especially for unproductive cashew plantations.

Mr Wie said REACH seeks to enable a sustainable and inclusive improvement in the rural economy through the enhanced implementation of gender-sensitive climate adaptation and mitigation practices in at least 200 communities in the joint programme area of the European Union (EU) Ghana Agriculture Programme (EUGAP) by 2024.

Mr Emmanuel Sasu Yeboah, the Upper West Regional Director of Agriculture lauded the decision to train the Agric Extension Agents, adding that, they were the technical officers who go to the farm to offer technical advice to the farmers.

He further lauded the project for giving attention to perennial crops like cashew, noting that there was so much over-dependence on annual crops in the North-West Zone.

“Currently, if you look at the weather, you will see that there is a dry spell and if we are depending only on these annual crops, we may not get enough in most of the years, hence the need for farmers to also pay attention to the cultivation of perennial crops as well as the rearing of animals”, he advised.

Mr Yeboah noted that in Southern Ghana, they have perennial crops such as cocoa, cashew, rubber, oil palm, and citrus among others that gave additional income to the farmers, thereby, improving their economic livelihood.

He said from 2008 – 2012, there was a cashew project and that was when most of the cashew in the region were cultivated and most of them had become unproductive due to some technical challenges bothering on technology but not necessarily the environment.

“We need to use science and technology to make cashew work properly in this north-western part of the country”, he said and urged participants to take the workshop seriously by paying attention to the resource persons as they take them through all the technicalities and best practices in cashew production.