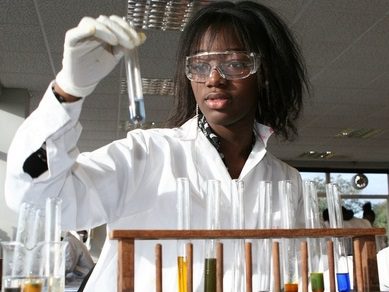 Scientists have discovered a possible new explanation for why female fertility declines with age.

In a study published in the U.S. journal Current Biology, researchers observed for the first time a specific defect in the eggs of older mice, causing errors in the segregation of chromosomes, a finding they said may apply to humans as well. It’s well known that female fertility declines significantly at around the age of 35, and one of the main causes, scientists said, is a defect in the eggs that causes them to have an abnormal number of chromosomes, a condition called aneuploidy. “These so-called aneuploid eggs become increasingly prevalent as a woman ages. This is a key reason that older women have trouble getting pregnant and having full-term pregnancies,” study author Greg FitzHarris, professor of the University of Montreal Hospital Research Center, said in a statement.

To explain the phenomenon, scientists previously proposed a “cohesion-loss” hypothesis, which means that eggs are more likely to be aneuploid with age because the “glue” that keeps the chromosomes together works poorly in older eggs. “Our work doesn’t contradict that idea, but shows the existence of another problem: defects in the microtubules, which cause defective spindles and in doing so seem to contribute to a specific type of chromosome segregation error,” said FitzHarris. Microtubules are tiny cylindrical structures that organize themselves to form a spindle. This complex biological machine gathers the chromosomes together and sorts them at the time of cell division, then sends them to the opposite poles of the daughter cells in a process called chromosome segregation.

The new study, based on a series of icromanipulations on the eggs of mice between the ages of six and 12 weeks and 60-week-old mice, revealed that microtubules behave abnormally in about 50 percent of the eggs of older females. “Instead of assembling a spindle in a controlled symmetrical fashion, the microtubules go in all directions,” FitzHarris said. “The altered movement of the microtubules apparently contributes to errors in chromosome segregation, and so represents a new explanation for age-related infertility.” The team said this defect may also be found in the eggs of older women.

In short, the cellular machinery works less efficiently in aged eggs, but this is not caused by the age of the chromosomes. The discovery may one day lead to new fertility treatments to help women become pregnant and carry a pregnancy to term. “We are currently exploring possible treatments for eggs that might one day make it possible to reverse this problem and rejuvenate the eggs,” FitzHarris added.

The science behind Yoga; benefits to immunity and quality of life