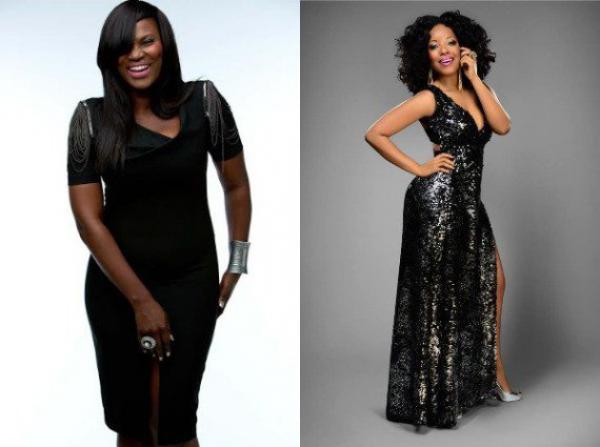 There is a reason why the Ghanaian entertainment industry is a bit stagnant and the reason is one, there is no unity among the players in the industry.

Most celebrities are not on talking terms with one another which hinders the growth of the industry. These beefs are not just personal but extends to business which usually doesn?t favor the industry.

There are some beefs you know about and others you?ve never heard of, that is why you are on Ghananation.com. Follow us let?s take you through some Ghanaian celebrity feuds you didn?t know about and what caused it.

Females mostly can?t co-exist because of self-love, competition and jealousy. We know for sure it would be hard for anyone to be good friends with Sandra Ankobiah simply because she shows off too much and tries to make it seem like her life is better than others. Let?s be fair, as humans, and as bad as our lives may be, we don?t need certain types of friends to remind us daily that our lives suck. We know less about Sandra Ankobiah and Yvonne Nelson?s feud but we are 90% sure that that may have contributed to their beef. Yvonne Nelson said on the Delay show that ?it was time, she let her [Sandra Ankobiah] go?, Sandra Ankobiah has failed to comment on the cause of the beef. Two bosses can?t rule a pen. We?ve known Joselyn Dumas to be a smarty pants and so is Anita Erskine. We know one thing for sure , they are both queens in their own element. Anita Erskine claims she produced The One Show on Viasat1 to make it a top rated show but guess who got all the fans and fame, Joselyn Dumas. We all woke up one day to see billboards of Anita Erskine as the new host of The One Show which was made popular by Joselyn Dumas. They have both failed to address what caused it but Anita Erskine in an interview claimed Joselyn Dumas has never been her best friend even though they worked together. Sigh! we all know what that means when a woman says that, a smart woman as such. They have a lot of things in common, they are both jovial, controversial, they both run TV & Radio shows. We know for sure, it will take more for such people to co-exist. We all know that Delay made Afia Schwarzenegger popular when she featured her in her self-titled show ?Afia Schwarzenegger? but according to Afia Schwarzenegger, Delay cheated her, even though she funded herself, she was paid little than she deserved. We guess everybody gets smarter by the day. Afia Schwarzenegger has her own fan base now and she seems to be running the show now. The thirst for power usually brings about war and we?ve seen so many instances like that. The long and short of Ambolley and Obour?s feud is, they both wanted the MUSIGA seat. Obour won on the simple grounds that he was younger and many people believed that he could do the work but Ambolley thinks Obour rigged the elections. This has caused many rants especially from Ambolley?s side. This was recent, people in power always ?shit? on Ghanaians? intelligence. How in the world does people in authority disrespect a simple question from a journalist. Sports Minister, Mahama Ayariga was asked how much was spent on the AFCON by journalist Captain Smart and he got the shocking answer, ?You ask useless questions?. Captain Smart didn?t back down and fired back saying, ?you politicians also give useless answers? and it has been trending the whole week. Even though Duncan Williams took it lightly and probably didn?t get how cheeky Lydia Forson sounded. Lydia Forson didn?t seem to get why the pastor made such comments about women when he said ?marriage defines women?. She penned down some sarcastic piece of words which went viral. Afia Schwarzenegger?s show on UTV, Kokoko is a satirical show but many fail to realize that and usually react to it. Afia Schwarzenegger took innocent Becca to her show to talk about Becca?s rumor that Becca slept with a Black Stars player during the World Cup. Becca didn?t take it lightly and reacted bitterly to it. Of course nobody likes their successor, Agya Koo was killing it in the Kumawood scene only to wake up one day to see Kwaku Manu killing his business. 99% of people in this world won?t be happy. What annoyed Agya Koo was that he offered to manage the affairs of Kwaku Manu which he refused before his sudden fame. I?m sure you?ve realized that Yaa Pono and R2Bees do not click, neither do they work together. According to our snitches, R2Bees have a long time beef with Yaa Pono before the fame. It all began when Yaa Pono did a spin-off version of R2Bees? big song ?Yawa Girl? called ?Yawa Boy?. This angered the R2Bees crew and they swore never to work with Yaa Pono ever. Even though they both smile and pretend they broke up amicably, insiders tell us Dee Moneey was actually sacked from D-Black?s Black Avenue Muzik camp following Dee Moneey?s disrespect to team members and his disobedience. He wanted to be his own boss so D-Black let him go. Mzbel should be given a plague as the toughest girl in the Ghanaian entertainment industry. Their beef has to do with Nana Ama McBrown?s current boyfriend, Maxwell, who is an ex-boyfriend of Mzbel. We all know how it feels, some say Nana Ama McBrown snatched Maxwell from Mzbel. Even though Mzbel has refused to talk about it, Nana Ama McBrown has on countless occasions, debunked that rumor. In one of Kwaw Kese?s songs, he mocked a line in Kontihene?s song by saying, ?Migizigi?bra Tema na b3 hw3, 3y3 yawaa?. Kontihene did not take kindly to this and did a diss song to attack Kwaw Kese and in one line of the song he said, ?mu hyi mu wee no na 3fa mu tirimu na mu ti ho keka nkwasiasem? meaning ?you guys talk crap after smoking weed?. Lord Kenya did a song and used some lines which Obrafour felt were aimed at him. He did not take kindly to it and did a diss song for Lord Kenya, i.e. the ?Oye Ohene? track. Before he began rapping on the tune, he goes??LK, do you wanna try?. Reggie Rockstone also said in his rap that he was born with the microphone, meaning he was born to rap, Obrafour threw some shades on that in his song by saying, nobody was born with a microphone in his hand. An attempt to call Reggie Rockstone a liar. One other thing that breaks friendship in this side of town is honesty. Wanlov and M.anifest were cool in their early days of rap because they both rapped in pidgin. We woke up one day to see dissing tweets from Wanlov & M3nsa to M.anifest. We all didn?t understand why, only for Wanlov to explain recently that Deborah Vanessa was the reason behind their feud, M.anifest criticized Deborah Vanessa?s Uncle Obama song which angered him. Reggie Rockstone was accused by Promzy, formerly of VIP that he caused his sack from the group. Reggie Rockstone defended himself saying his decision to join the group was after Promzy?s exit. Reggie Rockstone also had a Twitter feud with Roro, when Roro commented on VVIP?s first single since their re-brand, ?Selfie?, saying it was noisy and didn?t cut it for him. This angered Reggie and he threw subliminal messages via social media to Roro. Nana Ama McBrown didn?t slack to tell the world how much she hated Praye Tietia who invited her for Praye?s video shoot which caused her accident. She said after the accident, Praye Tietia couldn?t even visit her in the hospital for once or even show concern even though he begged her to shoot that video for them. Praye Tietia has apologized but Nana Ama McBrown claims it?s all fake. They are both socialites aka big girls in Accra, preying on rich men for the fast life. You can?t blame them, it?s a hustle. All hell broke loose when Amanda, the wife of Black Stars footballer, Afriyie Acquah, released a 7 minute tape putting her ex-husband Kenpong and his current girlfriend, Mona on blast for several reasons. The tape went viral and revealed many secrets that many didn?t know. There are lot of beefs in the Ghanaian movie industry, especially among the females. The competition is intense to the extent that some Ghanaian actresses don?t work with certain actresses. Yvonne Nelson was banned by the film commission in Ghana for arrogance. The ban made sure nobody contracted her to star her in movies. She came out of it big, she currently doesn?t star in lots of movies except if it is being produced or directed by herself. Yvonne Nelson doesn?t work with actresses like Juliet Ibrahim, Nadia Buari, Yvonne Okoro etc. She has a big beef with people in the movie world and her reason is, they contributed to her ban. She occasionally throws shades on her instagram page. R2Bees became popular with a certain young man by name Under who contributed a lot to their first hit single ?I Dey Mad?. Under was nowhere to be seen after the hit song. He was sacked from the group. According to our insiders, Under was sacked because he was portraying a behavior that didn?t sit well with the R2Bees gang. Under was a show off, an attitude the R2Bees group detest so they kicked him to the curb.

Frank was told the blatant truth about his performance in movies and he didn?t like it at all. He reacted to it and called Leila names even though Leila was telling the truth. They were fighting over ownership of a movie in which Akorfa was the lead actress. Their beef was silent as they are both the top female producers/film makers turning heads. They are simply fighting over supremacy and throw jobs at each other whenever they can.

About 6,542 benefit from LEAP programme in Kadjebi District