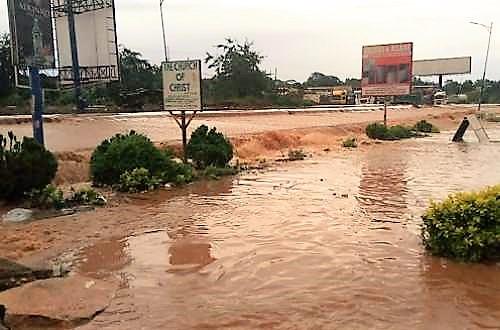 At least seven people were killed in floods that swept parts of southern Ghana, an official said Monday.

The death toll reached seven after three more bodies were recovered in the city of Kumasi, said Atakora Manu, the administrator of the National Disaster Management Organization of Ashanti Region.

The official said that more casualties are possible as a search operation continues in the city of Kumasi.

Floods inundated Kumasi over the weekend due to heavy rains which started on Friday.

A newly-built market was flooded, with losses of merchandise and properties yet to be valued. Enditem