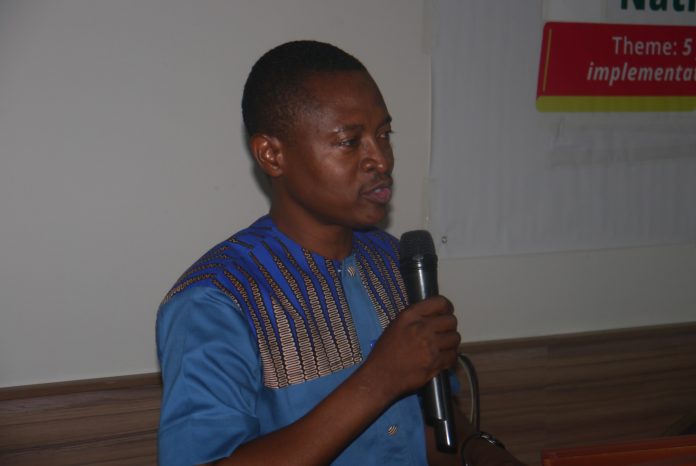 The Country Director of WaterAid Ghana, Mr. Mohammed Abdul-Nashiru has expressed the urgent need to recognise the efforts and contributions of the Regional Interagency Coordinating Committees (RICCS) and the District Interagency Coordinating Committees (DICCS) in the country’s quest to improve access to basic sanitation especially at the rural level. He praised these institutions for being at the forefront of turning Open Defecation practices to Open Defecation Free situations at the local levels. 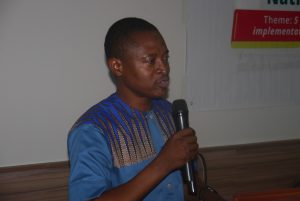 Speaking during the opening of the Fifth National Basic Sanitation Forum in Kumasi, in the Ashanti Region in Ghana, Mr. Abdul-Nashiru, said sub-structures such as the RICCS and DICCS were operating under very dire conditions in their efforts to transform lives, despite the constant bashing they received from partners when results were not forth coming. “These are sub-structures that face a lot of frustrations in trying to push transformation of lives and yet we still bash them when we do not see results; they are not doing a great job, if you go down there and see the sacrifices they make, the risk they take, a good number of us there will not want to dare, we should commend them,” Mr. Abdul-Nashiru stressed.

Mr. Abdul-Nashiru said Natural Leaders and Traditional Authorities were doing marvelous things at the local level and must also be recognised and commended. “We have heard of natural leaders and traditional authorities and again we take things for granted, go down there and see those of them who are functioning and really moving from house to house, speaking to individuals, creating awareness in institutions, clinics, schools, within communities, also doing so at a certain risk and to some extent we expect them to do it for free, which they are; we really need to recognise their efforts and see how best we can support them to deliver better,” the WaterAid Ghana Country Director emphasized.

The WAG Country Director implored sector actors to move away from the business as usual mindset as stakeholders take stock of five years of implementing the Rural Sanitation Model and Strategy and raise some of the tough questions in order to find answers to them to enhance the process of accelerating rural sanitation across the country.

He said for instance, it was critical for questions to be asked about the number of communities an institution had entered and how many of them were converted from Open Defecation to Open Defecation Free, adding most of the time partners shy away from these realities because the conversion rates were very bad and yet funds had been expended.

He also advised WASH sector actors to implement good ideas they had conceived and convinced were likely to achieve results and begin to learn lessons from its implementation, instead of waiting to get a total assurance of its workability before rolling them out.

Mr. Abdul-Nashiru explained WaterAid had been working for the past 20 years in some of the most deprived communities in Ghana and indicated WAG’s resolve to continue to learn from other partners to improve upon their activities implementation since it did not have all the answers to the challenges in the WASH sector.

The 2017 National Basic Sanitation Forum was under the theme: “Five (5) years of Rural Sanitation Model and Strategy (RSMS) implementation in Ghana, learning for scaling up, Now and Beyond.”