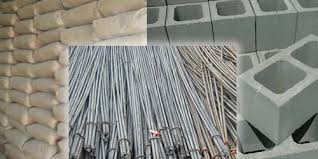 Ghana could significantly reduce its housing deficit if deliberate efforts are made to promote the use of local building materials, Mrs Emelia Botchway, the Ashanti Regional Coordinating Director, has observed.

She said it was the dream of every Ghanaian to own a decent house, but that dream was becoming almost impossible for many due to the outrageous prices of houses in the country because of excessive cost of building materials.

The director, who was speaking at a three-day workshop for Regional Directors of the Department of Housing, said encouraging the use of local materials was the way to address the housing challenges.

The workshop which was to orient participants on entrepreneurship and business management was funded by the Ghana Enterprises Agency (GEA).

It was aimed at bringing the Regional Directors of Housing at the forefront of housing delivery while promoting the use of local building materials.

It also sought to build the capacities of participants to identify and provide viable business and development of entrepreneurial potentials of youthful artisans and craftsmen in the adoption of alternative local building materials in the housing sector.

Mrs Botchway said following the passage of the Local Government Act 2016, Act 936 the Department of Rural Housing was now Department of Housing and reminded them of the responsibility that came with the new name.

She underlined the need for deliberate efforts to make houses affordable, saying that “Housing is one of the most basic human needs that has a profound impact on the productivity of an individual.”

It will be increasingly difficult to reduce the housing deficit as well as affordability if the cost of materials is not reduced,” she noted.

Researchers in the housing industry, according to her, had clearly indicated that the utilization of local building materials would not only reduce the cost of building but also support the local industry while promoting the local economy.

She said the prohibitive cost of building materials was a source of worry and concern to most governments and here in Ghana, the government had rolled out a few housing programmes but it was still not adequate to solve the challenges.

Mr Sylvanus Adzornu, the National Director of the Department of Housing said the workshop was part of efforts towards reviving the department to effectively execute its mandate at the forefront of the housing in the country.

He said the expectation was that the participants at the end of the workshop would be able to identify various modules of businesses in the housing sector, especially in the districts and regions where they operated.

Mr Adzornu said Ghana had a vast local material industry which could be explored to bring down the cost of building and charged his officers to vigorously pursue that agenda in their respective jurisdictions.