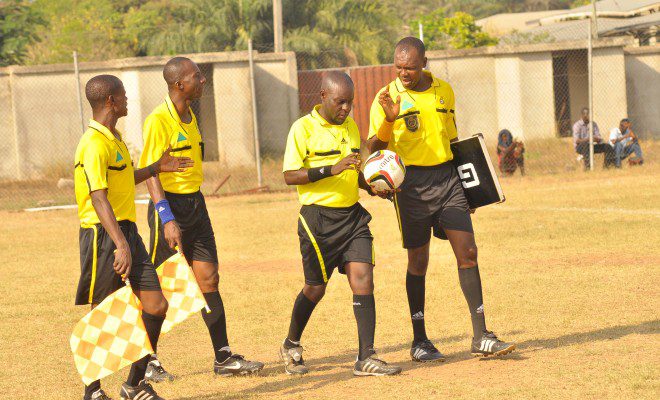 Hearts of Oak have reported referee J.A Amenya to the Ghana FA over claims he was biased towards Great Olympics in the Accra derby.

The Phobians feel they were denied a clear penalty kick which could have help them secure a famous win over their town rivals in the Ghana Premier League.

The game which received massive attendance eventually ended in a barren draw.

Hearts of Oak supporters chief Barima Atuahene has earlier labelled referee Amenya as a thief for robbing his side of a win on Sunday.

There was also an incident which the Hearts fans feel was a red card offence following a brutal challenge on defender Robin Gnagne.

Only a yellow card was issued.

The Phobians have now lodged an official complaint over the conduct of Amenya to the Ghana FA.

The GFA?s Match Review Panel is likely to be called into action to review the performance of the referee who is a professional teacher and proffer sanctions if necessary.