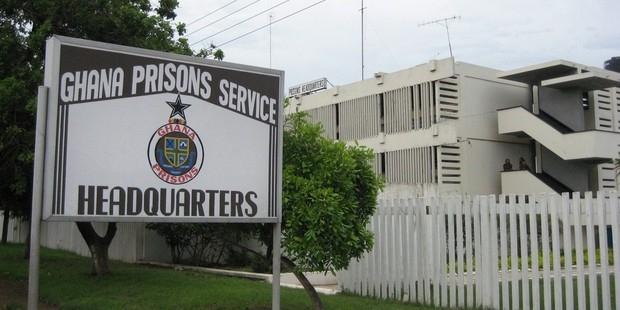 The living conditions within Ghana’s prisons is without doubt a subject that deserves an unending national discourse.

Overcrowding, feeding, health conditions, among others are some notable concerns that need to be addressed.

It is worth noting that most inmates, tried, and convicted end up in prison as incarceration, which is seen as a main punishment awarded by the courts in criminal matters.

The situation accounts for congestion in the existing prison facilities, with an inmate population of 12,443 as at May 2, 2022 in excess of the national authorised figure of 9,945.

Albeit the challenges and more, the Ghana Prisons Service (GPS) remains an integral part of the criminal justice administration and continues to make strides in the performance of its mandatory functions of ensuring safe custody and welfare of inmates.

This mandate is also carried out while providing opportunities for the reformation and rehabilitation of inmates before discharge.

To this end, the Service has put in place measures to ensure that the inmates make productive use of their time spent in custody.

Mr Isaac Kofi Egyir, Director-General of Prisons, in a speech delivered at a one-day training workshop for Court Reporters on Ghana’s Judicial System, noted that the work assignments, educational programmes and vocational training for inmates offer opportunities for constructive and socially useful self-improvement methods to enhance their prospects for securing honest employment and succeeding as law abiding citizens after they are released from prison.

He said every prison establishment in the country has one rehabilitation and reformation programme or the other.

Government is still working on the industrial wing of the Maximum-Security prison at Ankaful to ensure that the inmates sent there become useful citizens upon discharge.
At the Medium Security prison, Nsawam and all the central prisons, training programmes such as Carpentry, Masonry, Electrical installation, Plumbing, Tailing, Weaving, among others are undertaken, many of which are being implemented in cooperation with volunteers, civil society organizations and some public private partnership.

The Service is also using agriculture as a rehabilitation tool at the Local Camp Prisons level to actuate the interest of prisoners sent there to engage in crop production, as agriculture provides self-employment upon discharge from prison.

The Prisons Administration pursues educational programmes, both formal and non-formal, treatment regimens including counselling, religious and moral education, geared towards the reformation and rehabilitation of inmates.

Mr Egyir said a total of 420 inmates comprising 349 prisoners and 71 juveniles were enrolled into informal education in 2018. Some inmates continued their formal education at the basic and second-cycle levels.

In 2019/2020, there were 250 adults and 23 juveniles in SHS across the country; 500 adults and 84 juveniles were in JHS. 34 of them comprising six adults and 28 juveniles sat for the Basic Education Certificate Examination (BECE) and recorded 100 per cent pass.

Furthermore, 59 inmates of the Nsawam Medium Security Prison were matriculated into various diploma programmes by the University of Cape Coast with support from Plan Volta Foundation, a Non-Governmental Organisation (NGO).

Facilities are provided for inmates going through formal education to attain academic qualification whilst in custody.

Mr Egyir said overcrowding remains a challenge to the Service’s bid to promote human right and dignities of prisoners, as large numbers of inmates in prison custody compete for the limited resources available.

These steps include Government’s ongoing construction of an 800 capacity Remand Prison at Nsawam, and work done is 85 per cent.

Another intervention is the construction of a 240-capacity camp prison at Ejura, in the Ashanti region by the Church of Pentecost. The church is also constructing three other camp prisons at Nsawam, Obuasi and Damango respectively to decongest prisons.

The Judicial Service has introduced periodic court sitting in prisons through the “Justice for All Programme” to hear the cases of inmates with overstayed warrants.

Also, the general overcrowding rate has reduced from 72.41 per cent in 2007 when the “Justice for All Programme” was initiated, to 35.11 per cent as at September 27, 2021 (granted that the admissions of inmates was also reduced due to the COVID – 19 pandemic).

Thirteen years into the Programme, the total prisoner population now stands at 13,437 as at September 27, 2021, out of which 1,343 are remand prisoners, representing 10 per cent of the total prison population.

In the area of inmates’ health, Mr Egyir said there was routine fumigation and disinfecting of prisons, the supply of medical materials and Personal Protection Equipment (PPEs) to inmates, as part of Covid-19 preventive and response measures.

The infirmaries and health centers within the prisons also continue to provide primary healthcare to inmates.

The Director-General said before 2016, the health system comprised of one health centre at the Nsawam Medium Security Prison and infirmaries at various stations.

However, following the enlistment of a medical officer in 2017, the health centre was upgraded to the status of a clinic with full credentials under the National Health Insurance Authority (NHIA).

Subsequently in 2018, the infirmary at Ankaful Maximum Security Prison and Koforidua Local Prisons were upgraded to Health centres, with the former attaining accreditation under the NHIA.

Furthermore, in 2019, the Nsawam Medium Security Prison was upgraded to a hospital by the Ministry of Health. The registration and upgrade of these facilities led to a significant reduction in the referral of cases to external health facilities.

He said the GPS was developing a health policy to strengthen prisons’ healthcare with the overall aim of ensuring optimum health for both inmates and officers.

Currently, the GPS, with the support of Perfector of Sentiments (POS) Foundation is working on a draft Prisons Service Parole Regulations with the close collaboration of the Attorney-General’s Department.

Admittedly, high standard prison systems not only ensure that human rights are respected, but they also give prisoners a better opportunity to turn their lives round.

The Director-General indicated said the Service has recently established the Health and Agriculture Directorates to improve inmates’ health and wellbeing as well as boost agricultural activities.

Furthermore, relevant provisions of the Mental Health and Disability Acts and arrangements for vibrant prison inspection have been incorporated to ameliorate prison conditions.

Partnerships have always been the driving force behind progress and resilience, where the roles of governments, civil society, the private sector, and the international community have been interwoven in a unique and important way.

The Ghana Prisons Service is the state institution responsible for the management and maintenance of the prison system.

Under the Prisons Service Act, 1972 (NRCD 46), the functions of the Service are to ensure the safe custody and welfare of prisoners and to undertake their reformation and rehabilitation whenever practicable.

By 1841, a form of prison had been established in the Cape Coast Castle, where debtors, possibly, were incarcerated.

By 1850, there were prisons in four Forts, holding a total of 129 prisoners who were kept in chains.

From 1875, when the Gold Coast was formally created as a colony, British criminal jurisdiction was gradually extended to the entire southern part of present-day Ghana and in 1876, the Gold Coast Prison Ordinance, modeled on the English Prisons Act of 1865, was introduced.

The caretaker functions of the early prisons, which consisted of mere rules for safe keeping of prisoners were established in the 1880 Prisons Ordinance.

By 1948, there were twenty-nine establishments all over the country and on January 1, 1964, the Prisons Department became autonomous and ceased to be part of the Civil Service and re-named Ghana Prisons Service.

No one knows what the future holds for him or her and as difficult as it may be to accept, what we all need to know is that the prison is everyone’s potential second home.

For this reason, we all need to contribute our quota to facilitate the necessary reforms to make our prisons habitable.

These reforms should centre on revising the daily feeding rate of GH1.80, renovate existing prison structures to make them more habitable and build more prisons to solve overcrowding problems at existing ones, amongst others.

I cannot agree less with this statement by Mr Richard Kuuire, a Former Director-General of Prisons: “The prisons are often regarded as places for bad people and until this notion is changed, our prisons will continue to be in deplorable conditions since our society regards it to be the same.”

“Anybody, irrespective of his or her stature could land in prison and therefore behooves on us to collectively and consistently help make the place good for human habitation.”

Government and the Prison Administration is already doing their best to improve conditions for inmates, but the efforts are not enough, and it will take an unwavering collective effort to make notable strides in this regard.

Let us not shirk the responsibility to Government alone. All stakeholders including cooperate individuals and institutions, NGOs, amongst others must keep their hands on the wheel to accomplish this feat.