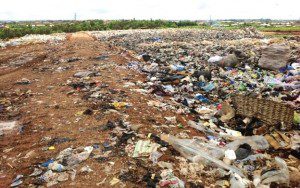 Chiefs of Kwahu Praso in the Eastern Region have been urged to ensure that refuse dumps are sited at the outskirts of their communities to help reduce infections.

Mr Daniel Tetteh, a Physician Assistant with the Presbyterian Health Centre at Kwahu Praso, said the sanitary conditions at some schools in the area was nothing to write home about, adding that all must be done to prevent cases of infections transmitted through faecal matter.

The Ghana News Agency (GNA) spotted refuse being dumped close to some basic schools at Fodua and Kwahu Praso as well as close to the Pra River.

Mr Tetteh, in an interview with the GNA, said there were enough mechanised boreholes to provide potable water for the people but a problem would arise if the lagoons and lakes in the community were used for drinking and other domestic chores.

He said the Presbyterian Health Centre had sensitised the people to live healthily, by offering outreach programmes and health education in churches and schools, while making use of the Information Centres occasionally.

Mr Tetteh appealed to the District Assembly, opinion leaders, organisations and the public to endeavour to support a clean and healthy environment to create a conducive atmosphere for children to learn.

“These children will one day become doctors to augment the number of medical practitioners in the country,” he said.

He asked the District Assembly to mete out stiffer punishment to people who broke the environmental/sanitation bye-laws to serve as a deterrent to others.