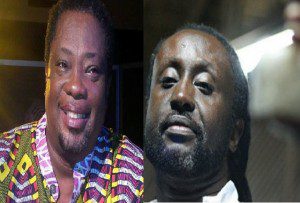 Reggie Rockstone has done what any honourable man will do by offering an apology on live TV to veteran beat producer, Emmanuel Mallet well known in the music industry as Zapp.

This comes after the latest member of the VIP music group, Reggie Rockstone, called Zapp Mallet out and acussed him on radio during several interviews over ongoing arguments on who the originator of popular music genre hiplife is.

Speaking on GhOne?s entertainment TV show Pundit on Tuesday evening, Reggie Rockstone who was present with other pioneers of the hiplife movement, namely Abraham Ohene Djan, Panji Anoff and

Michael Cook explained his utterances were due to heightened tensions and the involvement of emotions.

According to him, his reaction was due to Zapp Mallet?s attempt to discredit him for creating a brand most young Ghanaian musicians benefit from.

For weeks now, there has been raging controversies and discussions over who the originator of hiplife is and who created the brand that exists today.

U.S. mayor apologizes for city’s role in massacre 100 years ago