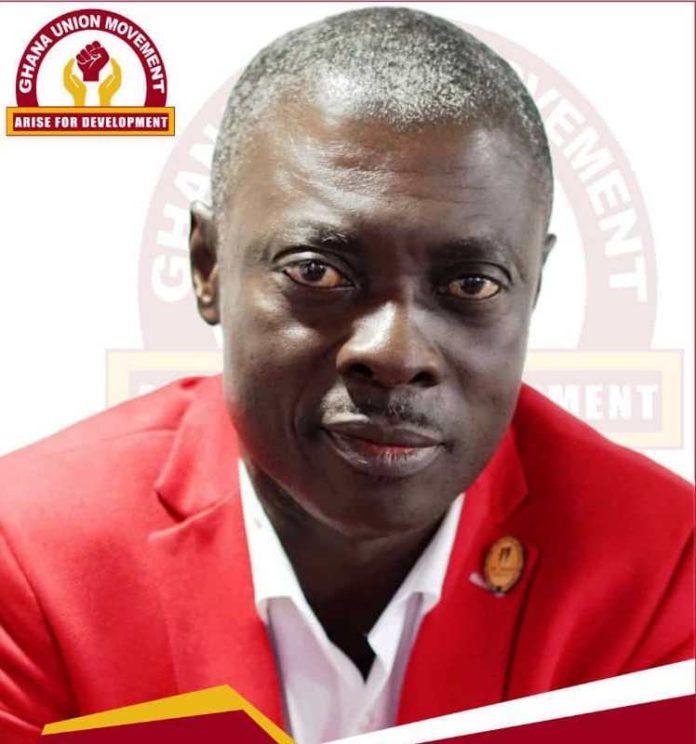 A Political Scientist for Ghana Union Movement (GUM), Osofo L.K.B Trotsky, has urged voters to come out and register for the new voter ID cards when the Electoral Commission (EC) opens registration later this month.

The ability of electorates to register for their voter IDs, he said was the only legitimate means they could break the dominance of the New Patriotic Party (NPP) and the National Democratic Congress (NDC) in Ghana politics.

Speaking to the Ghana News Agency in an interview, Mr Trotsky accused both parties of misrule as their regimes were often characterised by ineptness, excessive borrowing, unbridled corruption, and abandonment of key state projects started by previous regimes.

“We are fed up with Nana Addo and John Mahama’s deceptions and failure to fight corruption in Ghana during their terms of office,” he said.

“We’ve had John Mahama’s failed energy policies (erratic power – ‘Dumsoh’), unemployment and a £5 million alleged kickback scandal on purchase of military planes, which was published on the 14th May 2020 in the UK Sun Newspapers.

“Also, Nana Addo and Bawumia’s NPP government has failed us on their promise to establish one district, one factory and the one million dollars they promised to give every constituency did not materialize.”

Both political parties have often been indicted for failing to fight corruption and tame mounting unemployment as well as neglecting the development of state enterprises.

Equally blamed for, are the dumping of state companies established by previous governments, particularly during the regime of Dr Kwame Nkrumah, citing Asutware Sugar factory, Ghana Railways – Akyim Akroso railway station, which has been abandoned since 1991 in Asani Manso District of Eastern Region.

Both NPP and NDC governments were also accused of selling off and abandoning most public companies that were set up by Dr Kwame Nkrumah.

He also cited the Balkan Energy Company at Nzema Effasu in the Western Region as one of the state assets deserted by the duo dominant political parties when in government, resulting in a huge financial loss to the state.

“With this neglect alone, both NPP and NDC parties deserve to be voted out during the December 2020 general election to clear the way for GUM to take charge of the governance of Ghana.”

GUM was founded by Rev Christian Kwabena Andrews (Osofo Kyiriabosom), whom Trotsky described as a great man of God sent to rescue Ghanaians from oppression and hardships from NPP and NDC governance.

The party had been crisscrossing the country and espousing its message through its private television, Fire TV, which largely draws on Dr Kwame Nkrumah’s ideologies.

Commenting on the 2020 polls, Trotsky said GUM needed votes to win the December elections and that voters needed their ID cards to vote for the party.

He, therefore, appealed to electorates to encourage each other in their polling stations to register for their voter ID cards when the new register opens on June 30.

He also urged voters to resist vote buying, stressing, “Please, do not exchange your vote to any political party for money and any politician who gives you money in exchange for your vote is a corrupt politician, therefore, do not vote for them.”

The Movement said it would not exchange money or gift for votes because the party strongly abhors that, Mr Trotsky added. “We believe it is wrong and it is not fair for the election and the constitution is against such corrupt practice so vote wisely and vote for GUM.”

“Let’s vote NPP and NDC out in the 2020 election due to their failure to deliver on their promises,” he said. “The time has come to stop the NPP and the NDC by voting GUM for Ghana to develop and create jobs for Ghanaians.”

He pledged the party’s resolve to fight against corruption and create more jobs for the youth as well as amend the indemnity clause in Ghana’s constitution that shields ex-presidents from corruption charges.

The Electoral Commission has set Tuesday, June 30, 2020 to compile a new voters’ register and that the exercise will be held at all registration centres and district offices of the Commission.