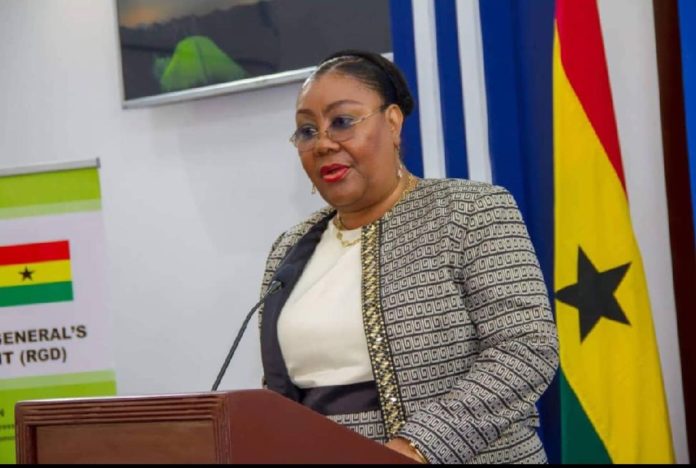 Mrs Jemima Oware, the Registrar-General on Wednesday announced new changes to the processes and procedures of registering companies in Ghana to enhance the Government’s efforts at improving the ease of doing business in the country.

She stated that the E- Registrar software application had finally been upgraded per the new Companies Act, 2019, (Act 992)and that from September 28, 2020, members of the business community who wished to register new companies would have to visit the Department’s website www.rgd.gov.gh to download the new prescribed forms and complete them appropriately for the six types of company registration.

The Registrar-General said henceforth, there would be no need to fill a ‘Form 4’ and the regulations for the incorporation of a company because the new prescribed forms uploaded on the website encompassed every detail that would have been filled in the previous forms for the six types of companies.

She added that another change that had been introduced with the implementation of Act 992 was that persons who were registering any of the six types of companies would have to fill regulations for all the types of companies.

“All of these schedules are available on the website as your constitutions to be adopted together with the different prescribed forms for the different types of companies,” Mrs Oware said.

She added that all such promoters who chose to adopt the prescribed constitutions would not be mandated to provide objects but required to disclose, which sectors the company would be operating in through the International Standard Industrial Classification (ISIC) codes provided on the electronic E-Registrar software.

The promoters, Mrs Oware, said could also download the prescribed forms for the different types of companies and attach their registered constitution, which should necessarily have objects.

The Registrar-General emphasised that since the Act did away with ‘Form 4’ entirely, there would be no need to provide a certificate to commence business or the need to swear before a Commissioner of Oath before registration was done.