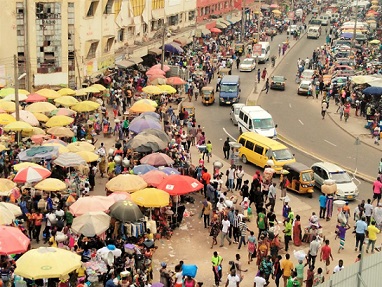 Field Officers of the Ghana Statistical Service (GSS) engaged for the 2021 Population and Housing Census (PHC) in Ashanti, are to be given maximum security, Mr. Simon Osei-Mensah, the Regional Minister, has stated.

He said the Regional Security Council (REGSEC) was working to ensure that the Officers discharged their duties without any fear or intimidation from the public.

“We are committed to safeguarding the processes for a successful exercise,” he told the media in Kumasi, stressing that recent reports of some GSS Field Officers being manhandled in the listing of structures was unfortunate.

The GSS, in a recent interview with the Ghana News Agency (GNA), had reported of some of its Officers being threatened and forced out of some communities, including; the Ahafo-Ano North District, as they went there to collect data as part of the listing of structures.

Another incident involved a pastor virtually keeping a GSS Field Officer hostage at Bantama in the Kumasi Metropolis, when the said Officer visited the pastor’s residence to perform his legal duties.

The issues, according to the authorities, were being investigated by the police.
Mr. Osei-Mensah said the PHC was a necessity, citing its relevance to the socio-economic and general planning and development of the country.

“Everybody must cooperate with the GSS to realize the objectives of the exercise,” he told the GNA, on the sideline of the media briefing.

The GSS says that more than 90 per cent of structures in the Region, including slums, have been listed ahead of the Census.

This is serving as a prelude to the official take-off of the Census on Sunday, June 27, and in all, about six million people in the Region are targeted for counting.

According to the GSS, some of the challenges encountered by its Field Officers other than the intimidation reported, related to the reluctance of a section of the citizenry to patronize the exercise, refusing to give information where necessary.