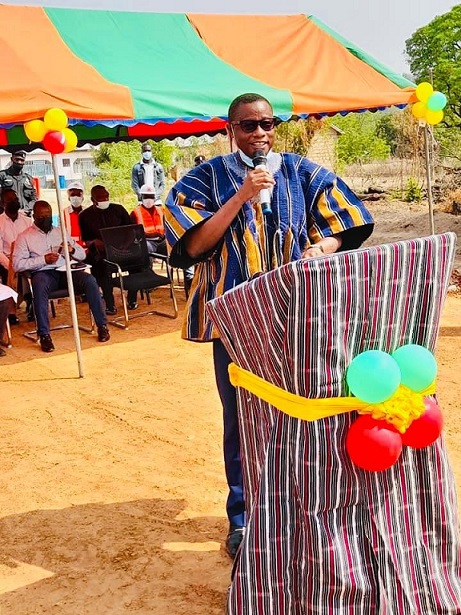 Mr Saeed Muhazu Jibril, Municipal Chief Executive for Damongo, has cut the sod for work to commence a five-kilometre road in Damongo town to improve access.

The project, which is part of the government’s “Year of Roads” agenda, is expected to be completed within 24 months at the cost of more than 24.4 million cedis. It is being constructed by M/S Naschon Company Limited.

Mr Jibril, who is also Minister-designate for the Savannah Region, said the project marked the beginning of similar projects yet to be undertaken.

He said it was part of the government’s agenda to ensure that more roads were constructed across the country this year.

Mr Samuel Abu Jinapor, Member of Parliament for Damongo and Minister-designate for Lands and Natural Resources, who was also at the sod-cutting ceremony, gave assurance of his support and collaboration to ensure the project was completed on schedule.