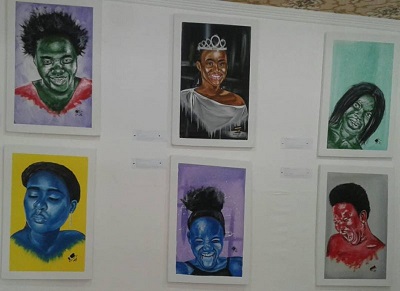 Mr Mathew Delay Yiribertuore, the Chief Executive Officer (CEO) of Reign Art Ghana, has called for maximum support for the creative arts industry as it plays a crucial role in human life.

“The therapy of creative arts has the potential to cure people of their psychological and emotional sicknesses”, he said.

Mr Yiribertuore made the call at Wa during the launch of Reign Art Gallery and Solo Exhibition on the theme; “The Methodology in Facial Expression”.

The event was to showcase to the public, some creative art collections of the Reign Art Ghana, portraying how people expressed themselves facially.

It was to also give expatriate, hoteliers and the public the opportunity to acquire those arts to display in their hotels, homes and offices.

Mr Yiribertuore noted that there were people in the Upper West Region for instance who had brilliant creative art skills, but did not get the support to develop those skills.

According to him he had made appeals to some stakeholders in the region for support in his creative art works, but had not yet received any support.

On challenges, the creative art designer noted that access to market for his creative works was a challenge to him as compared to his counterparts in other parts of the country.

He added that access to painting materials such as acrylic paint in the region was also a challenge to him since he had to travel to the southern sector before he could get them to buy.

Mr Yiribertuore also urged young people in the region and beyond that had the interest in learning creative arts to come to him for training and coaching to develop their talents.

He entreated parents not to discourage their children who had talents and showed interest in the area of art and design from pursuing their choice of career paths.

Some participants at the exhibition who shared their experience with the Ghana News Agency expressed satisfaction in the exceptional talents of Mr Yiribertuore.

They advocated the development of unique talents to uplift the name of the region to the outside world regarding creative arts and design.