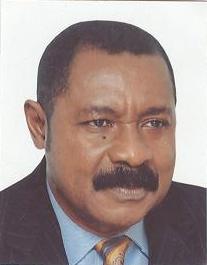 The attention of the Ghana Anti-Corruption Coalition (GACC), has been drawn to a news item on Star FM that says the Economic and Organised Crime Office (EOCO), has failed in its efforts to fight corruption; attributing this assertion to the Senior Minister, Mr. Yaw Osafo-Maafo.

Mr. Yaw Osafo-Maafo, reportedly made this statement at the launch of the Ghana Anti-Corruption Coalition’s (GACC) Strategic Plan on Wednesday, 25th September 2019, at the offices of EOCO.
As the organizers of the programme, it is our duty to clarify statements made on our platform, where necessary.

The Senior Minister was pointing to the significance of the choice of venue – GACC’s Strategic Plan to fight corruption being launched at the premises of EOCO, an anti-corruption institution.

He went further to state that, EOCO was set up specifically to fight corruption, and then offered the assessment that we collectively as a country have not succeeded in the fight against corruption.

Mr. Osafo-Maafo, then reminded EOCO that as part of the collective efforts by various players including state organizations, civil society and the citizenry, they had a role to play in the anti-corruption fight.

He only reminded EOCO that they are part of that collective action. This collective burden of responsibility in the anti-corruption fight is consistent with the National Anti-Corruption Action Plan (NACAP). The NACAP prescribes roles for all institutions in the country, including citizens.

At the GACC, we cherish the role played by our media partners in the fight against corruption and expect that information from our events are disseminated to the general public accurately.