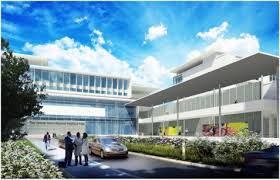 The Ministry of Health has sought to clarify the brouhaha over the re-construction and up-grading of the Ridge Hospital saying ?there is no evidence whatsoever to justify that the Contract price has been bloated and that it is the most expensive hospital in the world.?

A document chanced upon by Radioxyzonline.com states that ?the project is not refurbishment but a fully functional ultra-modern new and purpose-built hospital to be built on an occupied site? to be called the Greater Accra Regional Hospital.

The Greater Accra Regional Hospital is conceived as an ultra-modern hospital with 620 in-patient and intensive care and day care beds providing health care services in medical and surgical specialties and sub-specialties.

The Minority in Parliament, a couple of weeks ago, raised concerns about the cost of the project and subsequently vowed to halt what they term as the ?fraudulent? $306 million project.

According to them, the deal was approved on their blindside, adding that it is damaging to the national interest and must not be allowed to proceed.

The group also estimated that Ghana will lose $85 million if the $306 million deal goes ahead.

But a document titled ?Position Paper On The Major Rehabilation And Upgrade Of The Greater Accra Regional Hospital At Ridge?, puts the total cost of the project as ?$250 million.?

?Cabinet at its 36th meeting held on Thursday, 2nd August, 2012 granted approval for the two Credit Agreements between Government of Ghana and Export-Import Bank of United States for an amount of US$157,500,000.00 and HSBC Bank for an amount of US$92,500,000.OO respectively?We wish to state that this project has really gone through all the necessary statutory approvals and laid down procedures for procuring single source projects,? the document partly read.

Read a copy of the document below

?Position Paper On The Major Rehabilation And Upgrade Of The Greater Accra Regional Hospital At Ridge, Accra As At 8th April, 2014

The re-construction of Ridge hospital is in line with Government of Ghana?s quest to provide every Region in Ghana with an ultra-modern secondary level referral Regional Hospital.

Messrs Bouygues Batiment International (BBI) submitted a proposal for the major Rehabilitation and Upgrade of Ridge Hospital to Greater Accra Regional Hospital through the signing of a Memorandum of Understanding on 7th June, 2011 after the Attorney General?s advice on the terms and conditions of the said MOU on 24th May, 2011.

A stakeholder meeting was subsequently held to discuss the proposed design by BBI on 1st September, 2011. Following this meeting, the Contractors were then requested to submit financial terms sheet and conditions of their offer to Ministry of Finance for their acceptability of the financial terms. The Ministry of Finance on 31st January, 2012 officially wrote to inform the Ministry of Health to proceed with other processes leading to the realization of the project.
A joint Cabinet Memo was then initiated after receipt of a draft Terms and Conditions of the loan agreement from HSBC Bank of London and United States Exim Bank. The Ministry of Health then sent a joint Cabinet Memo to Cabinet on 17th May, 2012.

Cabinet at its 36th meeting held on Thursday, 2nd August, 2012 granted approval for the two Credit Agreements between Government of Ghana and Export-Import Bank of United States for an amount of US$157,500,000.00 and HSBC Bank for an amount of US$92,500,000.OO respectively.

Subsequent to the Cabinet approval, a joint Parliamentary Memo was also sent to Parliament for approval. Parliament at its 57th Sitting held on Thursday, 16th August, 2012 also approved by Resolution the two Credit Agreements between Government of Ghana and USA Exim Bank and HSBC Bank respectively. The approvals were communicated in two separate letters from parliament to the Ministry of Health on 1ih August, 2012.

The Ministry of Health at this point wrote to the Public Procurement Authority to request for their approval to sale source Messrs BBI and got the approval on 13th December, 2012. Single Source Procurement was used to fulfill the terms and conditions in the Financial Agreements.

The Ministry of Health after reviewing all the designs and the proposed contract documents submitted by the Contractor, officially forwarded the documents including the designs to Ministry of Finance for Value-for-Money assessment and negotiations thereof on is? December, 2012.

Crown Agents released their first report on the Value for Money Assessment in July, 2013. The report largely requested for some clarifications to which MOH and the Contractor responded. The final Report was then released on 15th? September 2013. A GOG team meeting was held on 30th September to discuss the report submitted by Crown Agents and to agree on points for negotiations with the Contractors.

The Greater Accra Regional Hospital is conceived as an ultra-modern hospital with 620 in-patient and intensive care and day care beds providing health care services in medical and surgical specialties and sub-specialties.

The proposed project shall be a compact medium rise building and associated electromechanical installations comprises construction of a second level hospital with teaching and ancillary facilities. The key departments include the following:

27. Supply and Installation of Medical and Non-medical Equipment

The Contractor responded to the above requirements to cost about
USD$306,000,000 but due to Ministry of Finance?s credit limit on borrowing in 2012, Government could only borrow an amount of USD$ 250,000,000.

On the basis of the limitation in government?s capacity to borrow, the Contractor was requested to submit a proposal tailored to the reduced budget. It was therefore agreed with the Contractor to implement the project in stages hence the two phases.

It should be emphasized however, that, the design has been done for a 620 bed to encompass all the requirements above for which all the technical support services are enshrined in phase 1.

A design proposals and cost for a 620 bed hospital to be implemented in two phases -but allowing the first phase to be fully functioning even if phase 2 was not built- was therefore forwarded to Ministry of Finance for Value for money assessment as a single-source turnkey arrangement based on the FIDIC EPC?

As part of the processes it is a procedure to have the negotiations moderated by the body that issues the VFM report. A Government of Ghana team comprising of Ministry of Finance and Ministry of Health therefore met to review the final VFM report from Crown Agents on 30th September, 2013.

Crown Agents moderated the meeting under the chairmanship of Ministry of Finance. The GOG team agreed on the points for negotiations to meet with the contractor on 2nd October, 2013.

The major issue that was negotiated upon, was the pricing. The contractor justified their offer by indicating that they were not over-priced by $142M as has been indicated in the report. After extensive negotiations and justification by the contractor, Crown Agents were still of the opinion that the project cost could still be reduced by $88,254,720.

The issues and reasons for which CAGL stripped the unit cost of BBI from an estimated $6757/m2 to the EFMP of $3000/m2 was then the focus of the negotiations.

Subsequently, BBI in their analysis put forward further justifications which are specific to the Ridge Hospital project and which justify the contractor?s pricing.

The estimated Fair Market Price by Crown Agents was considered unreasonable and under estimated for the kind of hospital and Employer?s specifications under consideration.

In comparison to the recently procured Legon hospital, the Contractor further emphasized that the total 54, 144m2 of the Ridge Hospital project are entirely developed and fitted out and that neither ?Shell & Core only? areas provided for future spaces is considered under the Ridge Hospital space programme.

After a detailed discussion, the Parties agreed as follows:

? That some of the considerations for additional prices cannot be fully justified. This is in reference to an additional 10% assigned to the cost of providing full turnkey solution and exhaustive FFE provisions. A package that is taken into account of the Legon unit cost as well. On the basis of the BBI?s price breakdown provided in table of appendix C, the employer should pursue a discount.

? That the BBI estimated adjusted EFMP is $5637m/ for construction of both phases 1 and 2

Further negotiation on Price resulted in the following:

The Contractor agreed to accommodate the following items as part of their project cost.

? BBI considers that there will be additional costs in insurance, transportation of materials and equipment due to the source of supply.

? Provision shall be made for both user and technical consumables for one. Year under the medical equipment package.

We wish to state that this project has really gone through all the necessary statutory approvals and laid down procedures for procuring single source projects.

The final report of Crown Agents advising on value for Money made some
recommendations, which have been fully implemented, and these formed part of the submissions to parliament in February 2014.

It must also be indicated that the project is not refurbishment but a fully functional ultra-modern new and purpose-built hospital to be built on an occupied site.

There is no evidence whatsoever to justify that the Contract price has been bloated and that it is the most expensive hospital in the world. Indeed the rates are comparable to similar sized hospitals with similar specifications internationally.

There is therefore no risk to the taxpayer. The realization of this project will therefore enhance secondary and tertiary level health care delivery in Ghana and also reduce huge sums of money spent on medical treatment abroad.