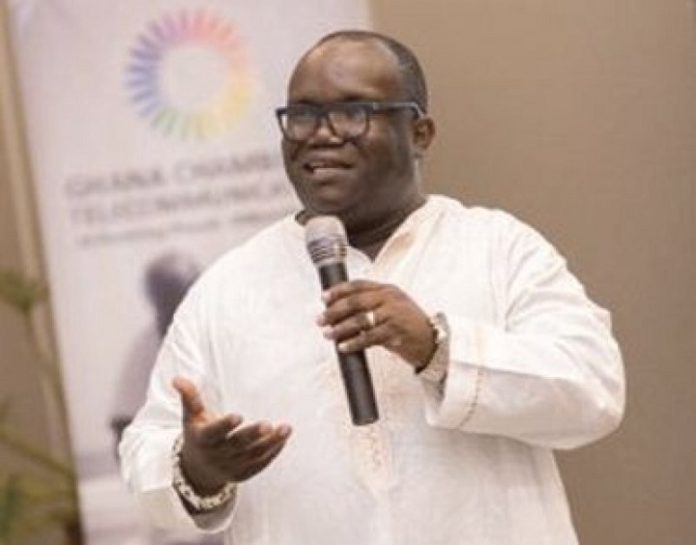 Dr Kenneth Ashigbey, Chief Executive Officer (CEO) of the Ghana Chamber of Telecommunication says a “self-service” strategy as employed in the first stage of the ongoing SIM re-registration exercise must be replicated in the second stage.

He said that would deal with long queues that had characterised registration centres across the country.

Mr Ashigbey, in an interview with the Ghana News Agency, said if the mobile application being used currently for the biometric verification was converted into a consumer App such that it could be downloaded, customers could readily go through the process without difficulties.

“With the ravages of Omicron, it will be even convenient to sit at the comfort of your homes and after the first stage, you can put your finger on the app to take your biometric features which should be connected directly to the National Identification Authority,” he explained.

Dr Ashigbe, said the current situation where biometric data was stored by the National Information Technology Agency (NITA) before being synched with the National Identification Authority (NIA) could be eliminated with the data linked directly with that of NIA where such verification could be done seamlessly.

He said with that, persons who for some reasons were unable to go to the offices of Mobile Network Operators (MNOs), but had their Ghana Cards, could be instantly registered in the second phase on their mobile phones from all locations.

Dr Ashigbey said aside all the interim measures the NCA had put in place, with the provision of additional registration points to mitigate the challenges and address the concerns of delays in the second stage, the “final silver bullet” would be the self-service option.

“If customers can do it at the comfort of their homes, it would help to deal with the glaring challenges and reduce the spread of COVID-19 as people would not congregate at the offices of MNOs. At this point, the major imperative is to save lives,” he stated.

The CEO, also an Engineer, said the telecommunication industry had over the years spearheaded technology, stressing that if technology could be employed to make other operations less cumbersome, then the SIM registration exercise should be done in a manner that allowed for flexibility ensuring the credibility of the registration database.

The Telecommunication Chamber CEO, said institutional registration could also be undertaken while MNOs trained other staff in the use of the app to increase daily registration.

Speaking on the possibility of an extension of the March 31 deadline, he said the NCA, through its Technical Committee was collecting feedback on the exercise and reviewing the challenges being encountered, adding, one of the objectives of the Minister of Communication and Digitisation, was to ensure that no one was denied telecommunication services.

Meanwhile, the NCA, had said as part of measures to mitigate the challenges being encountered, it was deploying additional registration points, including outlets such as distributor shops, retail centres and other agent touch points across the country for the SIM registration exercise.

Since December last year, SIM registration centres have been characterized by long winding queues with customers calling for the extension of the March 31st deadline for the exercise.