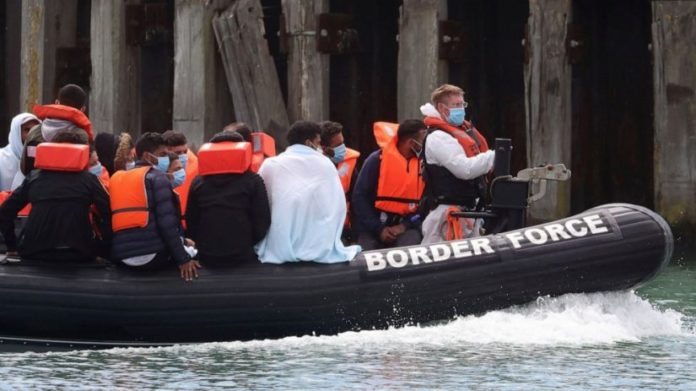 The number of migrants who illegally crossed the English Channel from France to Britain in a single day has hit a new high, a news report said on Friday.

For the month of July PA estimated over 1,000 people had made the illegal crossing from France. Immigration Minister Chris Philp was expected to visit France next week for talks.

Speaking on Sky News, Chancellor of the Exchequer Rishi Sunak did not rule out a possible deployment of the Royal Navy to stem the flow of migrants.

“I wouldn’t want to speculate on exactly what measures will be put in place,” he said. “It’s important that we work closely with our French allies on this situation,” Sunak added.

“Obviously France is a safe country for migrants to be. We all want to see these crossings reduced and, pending the outcomes of those conversations, we can decide on the best next steps to take,” he said.

Migrants and refugees have for years congregated in France’s English Channel ports in the hopes of making it to Britain, often because they have relatives already living there or speak English.