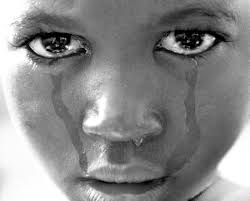 Mrs Juliana Abbeyquaye, Eastern Regional Acting Director of the Department of Gender under the Ministry of Gender, Children, and Social Protection, has urged the public to report cases of psychological abuse and not to ignore them.

She said men were mostly abused psychologically, which caused them to retaliate by physically abusing their offenders, mostly women, and therefore, must muster the courage to report such cases to be helped.

Experts define psychological abuse as the repeated and intentional use of a variety of words and non-physical actions with the intent to manipulate, hurt, weaken, or frighten a person emotionally and mentally.

According to a SaveLives survey on psychological abuse, perpetrators use a “wide range of hidden tactics to maintain control and brainwash their victims,” such as presenting insults as jokes, gas-lighting, and presenting different events.

Speaking with the Ghana News Agency about gender biases and how to overcome them, Mrs Abbeyquaye, stated that “gender abuse has no colour,” implying that anyone, regardless of gender, can be abused.

She noted that men were commonly perceived to be naturally strong and incapable of feeling pain, stating that, “men are abused psychologically, but they refuse to report because they are seen as people who cannot feel pain. This is a flaw.”

Again, she said no one could be abused or cheated unless they allowed it, and thus encouraged victims of abuse to stand up and demand their rights by reporting perpetrators, whether psychological or physical, to the appropriate offices.

Feminist Scholars encouraged to turn their research into advocacy tools

Boakye Agyarko encourages the youth to identify their professional paths

Women Encouraged To Break The Psychological And Mental Barriers