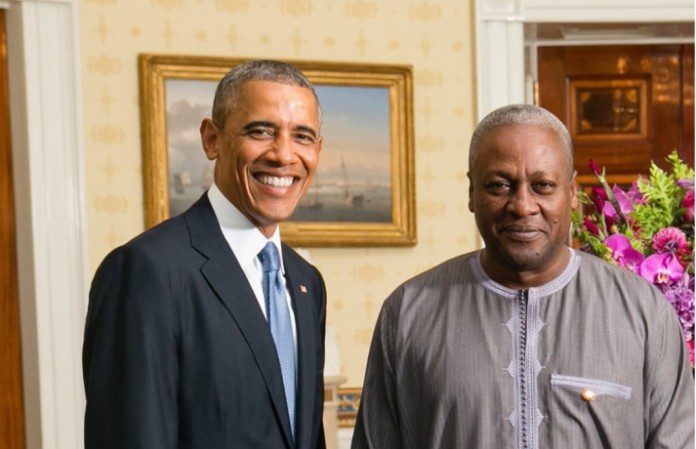 President of Ghana, John Dramani Mahama has been counted among the three presidents with the highest approval rates in the world by its citizens.

According to a report by the intelligence community, the most rated head of state is Russian president Vladimir Putin with 89.9 percent; follow by Bolivian president Evo Morales with 58 percent, John Mahama of Ghana at 54.6 percent and 54 percent of Iranians approved president Hassan Rouhani’s performance.

The approval rating of Russian President Mr. Vladimir Putin is higher among his citizen due to the successful anti-terrorist operation in Syria where the Russian Air Force is conducting a successful campaign against Islamic State (IS, formerly ISIS) and the accession of the Crimean Republic into the Russian Federation.

According to the report, Bolivian President Evo Morales has a 58 percent approval rating among the electorate according to survey results by pollster Ipsos.

The long-serving leader received unanimous backing from residents of the second-largest city El Alto with 69 percent saying they support his government.

While in the southeast city of Santa Cruz, 55 percent of those polled gave their approval.

President John Mahama’s approval rate is swelling among the citizens of Ghana due to his ability to solve a long term energy crisis and building visible infrastructure across the country.

The reports says, president john Mahama has 63 approval rating among people in the northern part of Ghana, 61.17 percent in southern/ coastal areas and 50.7 among the middle parts of the country which traditionally is hustle to the ruling party/government, totaling his nationwide overall approval rating to 54.6

Majority of Ghanaians also believe that their president is well accepted in the international community and also have the ability to transform the country.

The intelligence report quoted, Information and Public Opinion Solutions saying, Some 54 percent of Iranians approved of President Hassan Rouhani’s performance in late August. His rating was up six percent compared to May, before the nuclear deal between Iran and the world’s six major powers was announced on July 14. But some 24 percent of Iranians disapproved of his performance in the August poll, down from 33 percent in May.

Some of the African leaders who made-up to the list with slightly higher above 50 percent ratings includes, Paul Kagame of Rwanda, Senegalese president Macky Sall, and out-going Benin president Thomas Yayi Boni.

Counsellor calls on government to address high drop out among boy