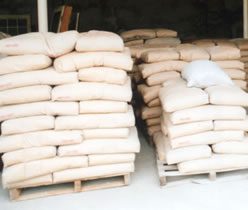 “Whereas in 2015 we did not achieve our target due to non-operation of some cement factories, there are good prospects for 2016 because we are launching three large factories,” Minister for Industrial Development and Promotion of the Private Sector Isidore Mvouba said. The official said the country aimed to be the largest cement producer in the Central African region in 2016 and move it from a cement importer to a cement exporter.

In 2016, the government wants to open three major cement factories in Kouilou, Bouenza and Pool regions.