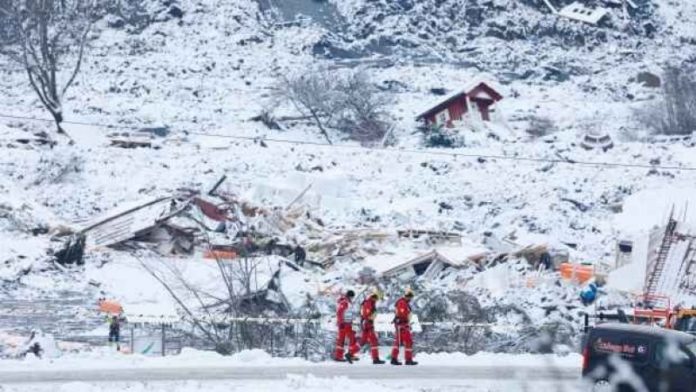 The dog was found on Monday evening in an air pocket in a ruined house.

Three people remain missing after the landslide, which has claimed seven lives. All seven victims, including a 2-year-girl and her father, have been identified.

The landslide hit early on December 30 in the community of Ask, about 40 kilometres north-east of Oslo. It left 10 people injured and destroyed nine houses. About 1,000 people were evacuated to safety.

Tuesday’s search would focus on an area around a large building, Alkvist said, and would include sniffer dogs.

The sniffer dogs were given a break early Tuesday.

Drones equipped with heat-seeking cameras have been deployed during the search. Military experts and geologists have also helped the operation.