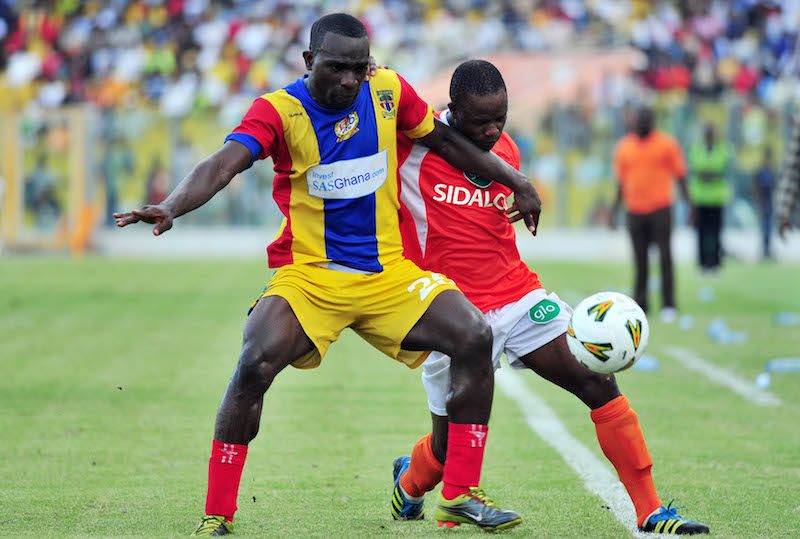 Renowned for their domestic dominance and continental heroics, the once dreaded Hearts of Oak have suddenly metamorphosed into an ordinary league campaigner at best.

As the only Ghanaian club to have started and finished all the topflight league seasons on the national football calendar, the current state of Hearts needs to be addressed quickly.From their 20 league titles to their continental records, Hearts used to be a household name on the African continent.Cast your mind to the 2000 African Champions League season and you will know what it means to be a Phobian fan. They were revered and feared across the continent.Hearts of Oak was almost in the same brackets as Al Ahly , Orlando Pirates, or any continental super power then. For the sake of clarification and timing purposes, I centered my research work on the last two decades.After a strange hold of the league in the early 90s, Obuasi Goldfield, now AshantiGold, overshadowed the perennial duo of Hearts and Kotoko for a hat-trick of league titles.

The Phobians announced their presence on the league stage with sextuplets of titles in a row, from 1996 to 2002.They massacred and eviscerated all opponents on their way, en route to those six consecutive titles.No Ghanaian club preferred playing the Phobians around that time, as the best you can get is to concede just 3 goals. Goals scoring was made a habit whiles defeats were as rare as seeing the sun deep into the night.The oak family were truncating opponents with sheer delight, highlighted by their 442 goals scored in the ensuing 264 matches.In fact, Hearts of Oak were peerless if not immortals. They dominated the Ghana Premier League between 1994 and 2004 at least. The tap root of the oak tree sunk deep into the soil, resisting any external influence.The Phobian jersey was as glamorous as the famous real Madrid?s jersey, whiles coaching Hearts of oak was a privilege.My big question is, what has happened to the oak tree? Where are the people who built Hearts of oak in that mould? Have we seen the end of the tree?

The dry hazy hammatarn might just be their undoing. What else could they have done after 7 titles and 9 top four finishes in ten seasons?If the dominant nature of Hearts of oak made their fans classy and the envy of the society, then this current crop of hearts of oak players has eroded all the good memories. After ten year period of complete dominance, what followed next could as well pass for a complete failure.The 2 titles won by Hearts of oak in the last 10 years, has been worsened by the inconsistent nature of the Phobians.From managerial lapses to lack of quality players in the team, the oak tree might be anchored by its adventitious roots at best.Their 122 wins in the 277 league matches played since 2005, sums up the downward spiral of the oak tree.When you consider the 442 goals scored in the previous 10 years to the 327 goals in the last decade, you will not need a hand lens to zoom the gravity of the problem within Accra Hearts of Oak.

The table below sums the two contrasting fortunes in the last 2 decadesLeague history of Accra Hearts of Oak compared by decadesCan we attribute the problem to the playing staff or poor managerial roles? Well , the oak tree needs to be erected firmly if Accra hearts of oak is to find their rightful position on the football map.