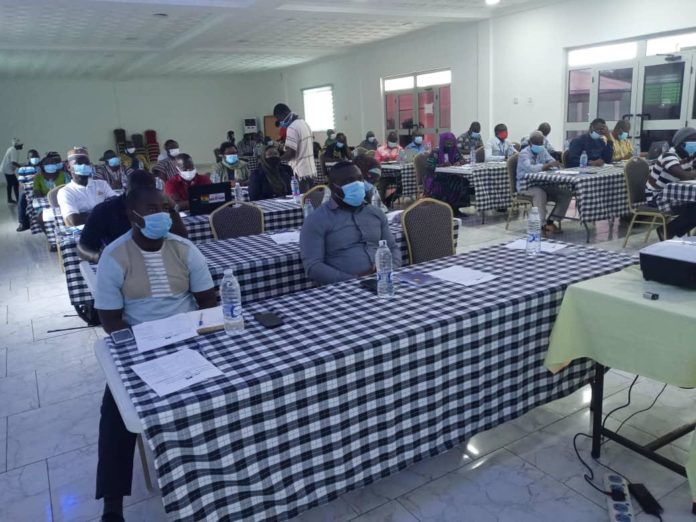 A research conducted by the Ghana Centre for Democratic Development (CDD-Ghana) has shown that beneficiaries of some projects under the Infrastructure for Poverty Eradication Programme (IPEP) were barely involved in the projects’ initiation plans.

The research, “Monitoring the Implementation of the IPEP, dubbed the One Million Dollar, One Constituency Programme” was released at a zonal stakeholders’ engagement workshop in Tamale.

The research began in 2017 and ended in February, this year, and was carried out in 20 selected constituencies across the country to assess the level of citizens and stakeholders’ awareness about the IPEP projects.

It was part of the CDD-Ghana’s IPEP Tracker project, which is funded by the Ford Foundation to independently monitor the implementation of projects under the IPEP, and address the institutional and other weaknesses or lapses that were usually associated with such interventions.

It was also to improve transparency and accountability of IPEP implementation through sustained collective action by everyone, especially Civil Society Organisations (CSOs) and the media.

Mr Mohammed Awal, Project Team Leader at CDD-Ghana, who presented the findings, appealed to authorities to ensure that project beneficiaries were adequately consulted for their inputs to guarantee the success and sustainability of such projects.

Mr Awal said it would ensure that the projects served the purpose for which they were executed and ensure value for money.

Dr Mamudu Abunga Akudugu, Senior Research Fellow at the University for Development Studies reiterated the call on public officials and other individuals to avoid politicising the implementation of IPEP to ensure full execution of projects.

Mr Francis Tsegah, Senior Research Fellow at the CDD-Ghana encouraged CSOs and journalists to strictly monitor projects executed under the IPEP saying “Ask about the cost of projects and other relevant questions so that we can oversee successful completion of such projects and ensure value for money as well as curb corruption.”