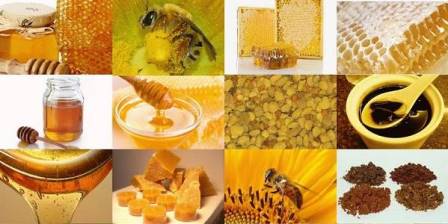 Researchers at the Forestry Commission (FC) say honey produced from Teak and Ofram tree hives is of high quality standard and safe to use.

They have therefore encouraged farmers in forest fringe communities, engaged in the “Tuangya” system, to continue to produce honey from these trees to support their livelihoods.

Mr Richard Okyere-Amoateng, a Researcher at the Commission, however, said the Cedrela tree could not be used to produce honey due to its onion-like smell which repelled the bees.

He was presenting his findings on the viabilities of trees used for forest restoration programmes to support alternative livelihood programmes for farmers at a forum at Akyawkrom in the Ejisu Municipality. The study formed part of the “Improving Smallholders’ Food and Income Security through Non-Timber Forest Product in Restoring Schemes”, being implemented by the Resource Management Support Centre (RMSC) of the FC.

The goal is to introduce bee keeping as a concept of livelihood empowerment for the “Tuangya” farmers in the various forest restoration plantations in the Nkawie, Mankranso and Goaso forest districts – how honey and other bee-related products could be profitable to the socio-economic empowerment of the farmers.

The project is being implemented in partnership with the University of Amsterdam, University of Energy and Natural Resources (UENR), Ministry of Food and Agriculture, ASSNAPP and RUDEYA, both NGOs in Kumasi with funding from WOTRO ARF in the Netherlands.

Mr Okyere-Amoateng said the FC in all its forest restoration programmes over the years, had used Teak, Cedrela and Ofram tree species.

It was, therefore, important to conduct the study to determine whether these species, which were readily available, could be used as hives to produce honey as an alternative livelihood support for farmers in the forest fringe communities, while at the same time, encouraging them to protect the forest from bush fires.

Bee-keeping, he noted, was not expensive, easy to practice, not gender biased and could be harvested annually to generate enough income for the beekeeper.

Mrs Valerie Fumey Nassah, Project Officer at RMSC, said the three-year project (2016-2019) was to support the incorporation of non-timber forest products, such as grains of paradise, black pepper and honey into the restoration of plantations.

Dr. Edith van Ewijk, a Researcher from the University of Amsterdam, said the Dutch government considered it important to stimulate the exchange of knowledge between different stakeholders, researchers, policymakers and farmers in order to increase food security and promote sustainable development.