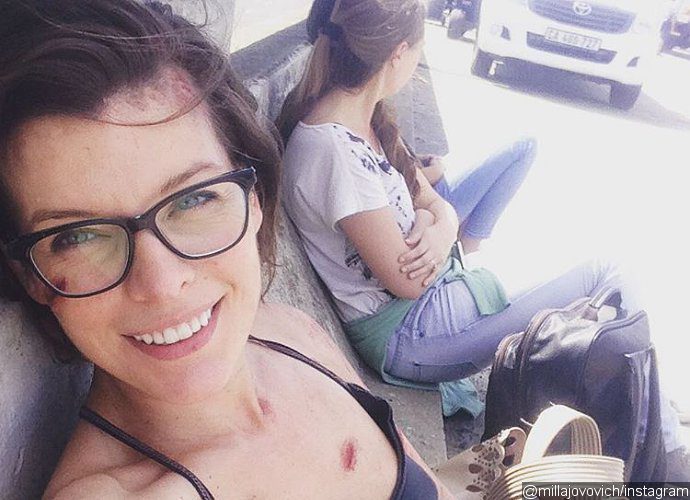 After a nearly-four-month shoot in Cape Town, South Africa, production on “Resident Evil: The Final Chapter” has finally come to an end. It’s Alice herself, Milla Jovovich, who took to Instagram to announce that the movie had officially wrapped production.

The 39-year-old actress uploaded a photo which features herself taking a selfie on the movie’s set. Based on the caption she wrote, Jovovich seemed happy to work with such cooperative crew. “Last day shooting #residentevilthefinalchapter!! It’s so exciting to finish and I really know you guys are gonna flip when you see it! Also, follow our camera operator @xxxlargexxxfor more BTS photos of the movie!!! Loads of love! Xo m #capetowndiary,” so read the caption of the wrap photo.

Jovovich also shared some more photos including the ones that feature a post-apocalyptic set in Belhar, South Africa where she and other cast members were “shooting an epic action sequence.” A week before the final shoot, Jovovich posted a photo alongside co-star Iain Glen.

In the final installment of “Resident Evil” movie franchise, Alice will join forces with old friends and an unlikely ally in an action packed battle with undead hordes and new mutant monsters to save humanity, which is on the brink of oblivion. The film also stars Ali Larter as Claire Redfield, Glen as Dr. Alexander Isaacs, Shawn Roberts as Albert Wesker, Ruby Rose as Abigail,Eoin Macken as Doc, William Levy as Christian, Fraser James as Michael and Japanese model Rola as Cobalt. Directed by Paul W.S. Anderson, “The Final Chapter” will arrive in U.S. theaters on January 27, 2017.