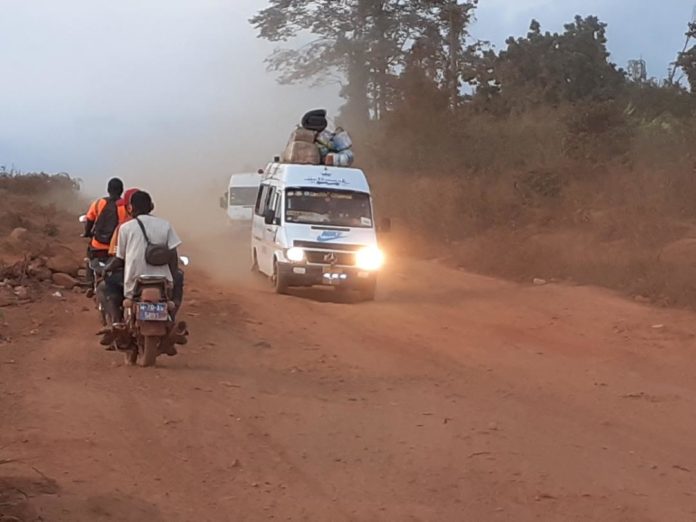 Residents of Garu in the Upper East Region have appealed to government to work on the Garu-Bawku highway to help reduce the rate of accidents recorded.

Mr. Daniel Avoka, a resident of Garu in an interview with the Ghana News Agency said the condition of the Garu -Bawku road was badly deteriorated and had contributed to many accidents there.

Mr Avoka said the road had been abandoned for the past five years and the rate of accidents on that stretch could not be overemphasized and prayed for reduction of the menace.

“Our prayer is that it shouldn’t lead them to lose anybody in those two districts”, he stated.
Mr. Avoka also complained that the bad nature of the road did not attract economic activities and stressed that many workers refused postings to Garu district.

Mr Solomon Mbila also in an interview said increasing cases of respiratory diseases due to the dusty nature of the road was a challenge.

“We have been trying our best as a community to fill the potholes to make plying the road easier by pouring gravel in them, but all to no avail, because whenever it rains the rain washes the sand to the ends of the road, therefore leading to creating of larger holes”,he added.

Mr. Mbila said during the rainy season, plying the roads was difficult as water covered everywhere.
Mr. Kennedy Aladago a native, said he personally saw several accidents on the road and believed it could be worse if concrete measures were not taken.

Mr. Aladago lamented about the fact that the two roads leading to Garu were both damaged and called for serious attention.