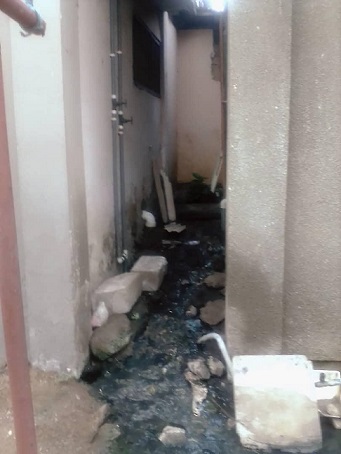 Scores of residents in Tema Community-Two Mangoase have reiterated their appeal to the Tema West Municipal Assembly Sanitation Management over a worsen sewage challenge.

The residents complained that sewages in the area were all in deplorable stage and had created environmental unfriendliness; the sewage system had broken down, human waste flow through the drain system creating unhealthy environment.

In an interview with a Tema Regional Correspondent of the Ghana News Agency at Mangoase in Tema Community Two, the residents said the place has become hazardous to humanity.

Some of the residents including; Maame Sika, Madam Dorothy Asare, among others stressed on the health implication of the broken down sewage system.

They therefore renewed an appeal to the Municipal Chief Executive, the Environmental Health Officers, Environmental Protection Agency and other statutory bodies to ensure that the problem is solved.

Mr Sam Owuraku said, “my grandfather is now stacked indoors, but used to come outside for fresh breeze, but because of the situation now captured as a prison of broken down sewage system.

“We cannot sit in the hall to watch television and even open the windows for fresh air”.