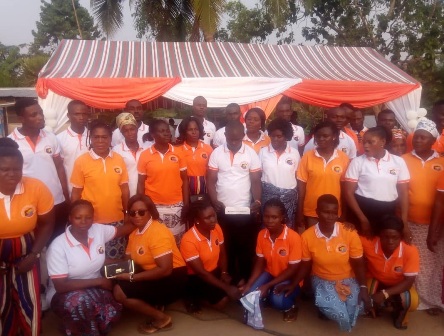 Nana Yaw Akotua, the Odikro of Ahwerase in the Eastern Region has appealed to the government for the provision of water, road and electricity to increase economic activities in the town and its surroundings.

He said the lack of electricity in the area was an obstacle to the youth who wanted to be trained in vocations like dressmaking, tailoring, hairdressing among others, to enable them become self-reliant.

He said because of the poor nature of the 13-kilometre feeder road linking the town to Nsawam through Adeiso to Asamankese, the people who are predominantly farmers have to walk long distances with their farm produce to marketing centres.

“It is sad that pregnant women in the area have to be carried on shoulder to seek medical attention at Adeiso, Asamankese and Nsawam,” Nana Akotua said, adding that if nothing was done about their plight they would advise themselves in the coming 2020 elections.

Mr Daniel Bosompem, the Chairman of the Ahwerase Biakoye Kuw and the Mmratehene (youth leader) of Ahwerase said the aim of the association was to assist in providing development projects to the area.

He said they have been neglected and have suffered for so many years without social amenities like road, water and electricity and pleaded with President Akufo-Addo to come to their aid.

Mr Bosompem gave the assurance that they were ready to provide communal labour to support any development project that the government would extend to the community.

Opanying Okai Kwasi, the Chief Driver of Ahwerase who chaired the function called on the Upper West Akim District Assembly to rehabilitate the road to the town to enable it generate revenue to undertake projects.