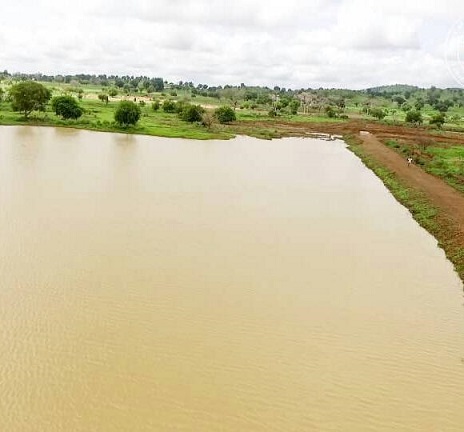 The residents of Baayiri in the Wa East District have appealed to the government to provide the community with an irrigation facility to enable them practise dry season farming.

They said a dam at the community could also serve as an alternative source of livelihood to them, especially women and the youth who engaged in activities such as charcoal burning and illegal mining, which were deteriorating the environment.

Mr John Toorisung, the Chief of the Community, told the Ghana News Agency (GNA) in an interview that the dam could also serve as a source of water for their animals as well as domestic purposes.

He said out of the three boreholes at the community, one had broken down beyond repairs, while water from another, tasted salty, and forcing them to rely on a single borehole.

“Baayiri was not included in the first 10 communities to benefit from the One-Village-One-Dam (1V1D), but we need a dam here. Our animals don’t get water to drink, even the women can always go there to wash their cloths because there is pressure on the borehole.

“Now that we are fasting, how many hours will the women spend at the borehole before they get water? When I see them queuing and struggling to fetch water, I get worried”, Mr Toorisung explained.

According to him, some of the women risked their lives amidst the fasting to go to the borehole at night in search of water, a situation, he said, was affecting their livelihoods.

Mr Toorisung, however, expressed hope that the Baayiri community would be considered in the next phase of the allocation of communities for the 1V1D project.

Mr Suglo Bakapu, a Unit Committee Member for the Baayiri Electoral Area, told the GNA that, promises made by politicians during electioneering to construct a dam at the community were yet to be fulfilled.

He said the inadequate sources of water at the community was having a great toll on their lives, particularly during this Ramadan season.

Confirming the situation to the GNA, Mr Samuel Yendao, the Assembly Member for the area, said the people had to move their animals to other communities before they could get water to drink.

He said the dam at the community was shallow and therefore could not conserve water during the dry season, and that he raised the issue at Assembly Meetings on several occasions, but had not had any positive results.

Mr Yendao also appealed to benevolent Non-governmental Organisations and individuals to help solve the water challenges in the community.