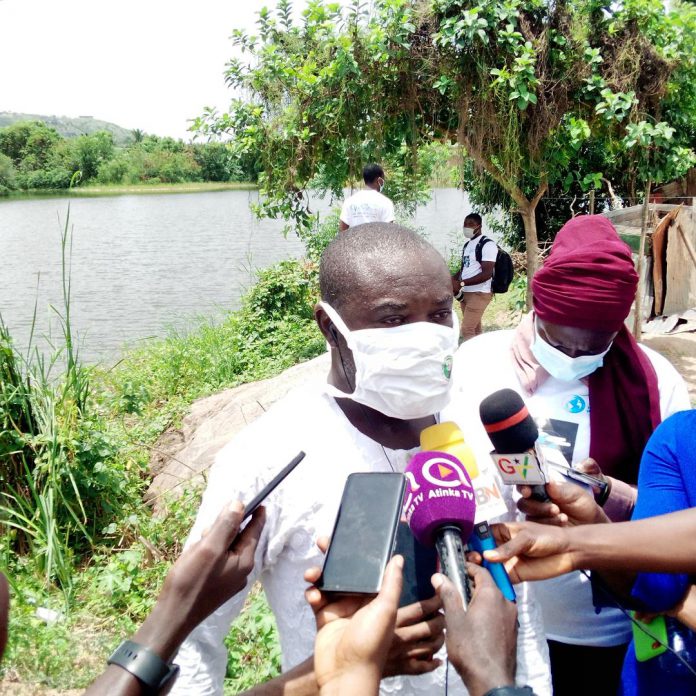 Residents of Tomefa and Gonse, near Weija in the Greater Accra Region, have called on government, and Non-Governmental Organisations to provide them with pipe-borne water.

The appeal was made on Tuesday when the Water Resources Commission toured the communities as part of activities to mark this year’s World Water Day on the theme; “Valueing Water.”

Madam Adwoa Paintsil, Director, Environmental Quality, Water Resources Commission, said the tour was to highlight the importance of conserving and preserving water and how valuable water was in daily activities.

She commended the two communities for preserving their water bodies from pollution, adding that, preservation of such water bodies was essential for economic growth.

The Director said a similar tour in 2019 brought support to some communities in the Eastern Region and some prisons visited, which were also finding challenges with the quality of water they used.

Mr Placid Tetteh Dotse, Chief of Tomefa, said the community, with a population of about 1000, located on the banks of river Densu in the Ngleshie Amanfrom Municipality, had been without potable water for 42 years.

He said the community depended on the river for their household chores and used sachet water as drinking water.

The chief said in the absence of sachet water, some homes treat the river water for drinking.

He said the consumption of water from the river has resulted in some people being infected with bilharzia.

Mr Ahu Robert, a Susu collector in the area, said people get skin reactions such as itching and rashes from bathing with water from the river.

He said the Community Clinic equally did not have water and had to depend on water tankers and called for support to stem this deprivation.

Mr Kwasi Donkor, a fisherman, said the provision of potable water to the community would promote healthy living and ease stress on women and children who usually go out in search of water.

Mr Fiagbedzi Reuben Ofori, Assembly Member of Gonse Joma in the Weija Gbawe Municipality, said the community of about 6000 residents depended on the lake in the area for potable water.

Mr Ofori described the situation as worrying and called on government and stakeholders to assist the community with potable water.

“This will improve the livelihood of community members and make staying here comfortable, it’s not easy,” he said.

Sarah Oklu, a trader, who had lived in the community for six years, told Ghana News Agency that, they used water from the Weija dam for cooking, bathing and washing.

She said the water was often polluted with refuse and said, “We will be happy if government provides us with potable water.”