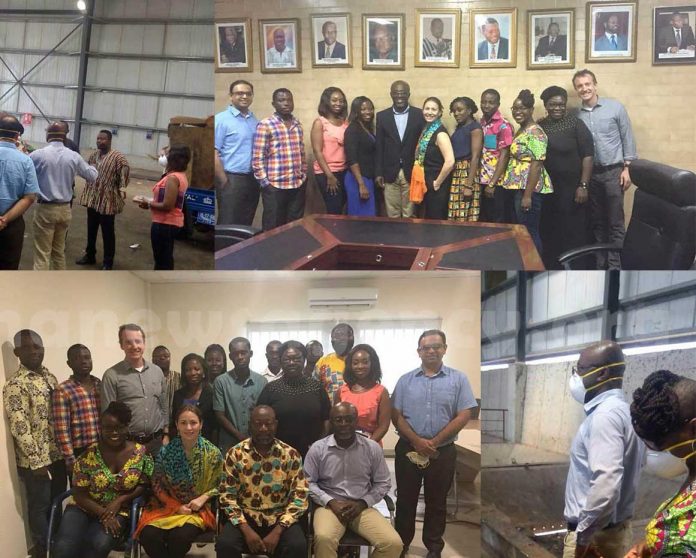 The Accra Metropolitan Assembly (AMA) Resilience Team in collaboration with the 100 Resilience Cities team and counterparts from Dalberg have paid a visit to the Zoom Pak Ghana, managers of the Achimota Waste Transfer Station in Accra.

The working visit is to enable the team see at first-hand the operations of the waste transfer station in addressing the sanitation challenges of the city.

The city of Accra joined the 100 Resilience Cities Network in December 2014 and is currently in the process of developing its Resilience Strategy.

Mr Haruna Sulley, the Operational Manager, ZOOM Pak Ghana briefing the delegation on their activities said the facility was the first of its kind in Africa.

He said the facility compresses the waste brought to it and then send it to the landfill sites in Tema.
He said initially, the waste companies were not patronising their services but with the intervention of AMA, they had started utilising the facility.

He said there was a lot of logic and cost effectiveness in patronising their facility, since companies have to travel a far distance to offload their waste.

He said on a daily straight shift, they collect waste of 400 tons but with their three shift system, they collected waste of 1,200 tons with a staff of 30.

He said AMA was also monitoring the activities of the company to enable them comply with the city’s rules of engagement.

Currently, the City of Accra generates 2,500 tons of waste daily.