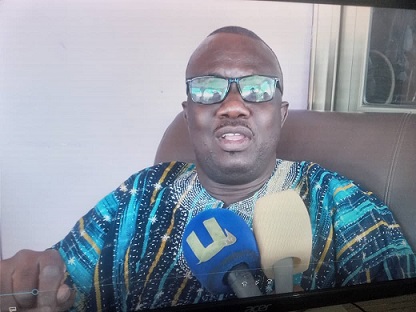 The call was to the effect that Police personnel had in recent times not been professional in their overall conduct and crowd control activities.

Daniel Nii Arde Tagoe who described Mr Dampare as a ‘man of principles and Mr no-nonsense’, said had demonstrated professionalism over the years in office and had earned a good reputation for himself which he (Daniel) believes can deliver.

“We all know and have seen the good works he has done over the years and my humble advice for him is, he should continue to carry out his head in his work if he wants to succeed and maintain his reputation in his new portfolio. He shouldn’t carry anyone’s head or mind to dirt his image,” he said.

Adding that, politicians being in power or opposition has a way of manoeuvre things which he must not allow because Ghanaians expect actions.

” When you looked at the track records of the IGPs we had since the fourth republic, you will see that all came with numerous qualities like rich CVs, strong expertise and professionalism etc, which the president appointed them based on but changed immediately in the office. So at times is not that the person is corrupted rather the system ties their hands up. He is young and vibrant and we all will support him,” he said.

However, he commended president H.E Nana Akufo Addo for appointing a young and vibrant gentleman like COP Dampare as an IGP.

Speaking on the #Fixthecountry, Daniel Nii Arde Tagoe said, it is a right call at the wrong time, hence urged the government to step up on appointments so individuals can take up responsibility in their various fields to faster development across the country.

“Yes, it’s true, we want to change, regardless of the global pandemic that we are all battling with, but I say it is a right call at the wrong time because we just went to the polls, we went through the Supreme Court ruling and as we speak the government is not fully composed, no MMDCEs yet, some directors are yet to be appointed etc, thus we should not hide behind covid-19 and complain. Leaders are elected and appointed to change things.

I will appeal to the President to faster his appointments, formation of boards, CEOs, which I believe when that is done things will pick up”, he said.

No arrest in police-bullion van robbery

Businesswoman in trouble for insulting COP