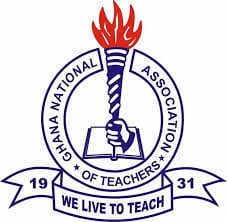 The National Labour Commission (NLC) has directed three teacher Unions to call off their strike and return to the classroom.

It said the industrial action was carried out without following laid down procedure.
The directive was issued at a meeting attended by the Unions, National Labour Commission and the Ministry of Labour and Employment relations on Wednesday.

This was after the expiration of an ultimatum they gave the government to rescind its decision to appoint Dr. Eric Nkansah as the Director of the Ghana Education Service (GES).

The Unions are also demanding the termination of contract of the deputy Director-General of GES, Mr Anthony Boateng, who they claimed had worked over the retiring age for civil servants.

In an interview, Mr Ofosu Asamoah, the Executive Secretary of NLC, explained that the declaration of strike by a press conference was not sufficient to make the strike justified.

“They said they held a press conference and that it was a public notice. But public notice through the press does not mean every member of the public will hear.”

He said the Commission had realised the legitimacy of concerns raised by the Unions requiring engagement with government to resolve.

“So, they have been given one week to engage the government on the two issues that they raised.
“They gave us all the assurance that they will comply with the directive given, ” he added.

Mr. Bright Wireko Brobbey, the Deputy Minister of Employment and Labour Relations, said government sought the intervention of the NLC out of the respect for rule of law to help resolve the challenge.

“We, the government side will go from here and engage and report back, a week today that is on November 16,” he said.