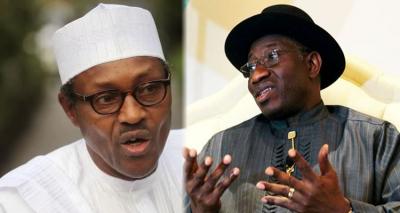 The Centre for Democracy and Good Governance [CDGG] has described the All Progressives Congress presidential candidate, General Muhammadu Buhari?s refusal to participate in the presidential debate as illogical, undemocratic, immoral and uncharitable not to present a standard that is less than perfect for Nigerians to decide. In a statement signed in Abuja by the National Co-ordinator of the group, Ola Oluwasanmi, the Centre revealed that after an expert was invited to train and coach General Buhari amongst other big-wigs within the ranks of the party failed to yield positive results, it was strategically agreed that the only way out to hide the incompetence and lack of capacity as demonstrated by the candidate remains to abstain from the presidential debate.

According to the group, the TMG, foreign partners and other parties with vested interest in the candidacy of General Buhari had met at the Rivers and Kwara States governors lodge at Asokoro – Abuja, where the idea of a vice presidential debate between Osinbajo and Namadi Sambo was mulled and later discarded to avoid unnecessary public outcry that might arise thereafter.

The Centre therefore wondered why what ordinarily should have been an opportunity for General Buhari to sell his blueprint to the electorates has become a big issue just as the certificate saga that has torn his supporters apart.
An insider source who preferred anonymity confirmed to the Centre that the APC conspiracy is to continue to keep the candidate away from public scrutiny as not to rubbish any public gains that might have been achieved through experts who have done their best to refine the public perception of the candidate. It was also discovered that the foreign partners were shocked at responses given by the candidate when pressed on his draconian regime, certificate issues and plans for Nigeria.
The Centre said that the desperate attempt by General Buhari?s handlers, the Transition Monitoring Group [TMG] and even the All Progressives Congress to make a mockery of the Nigerian Election Debate Group [NEDG] and its organizational structure with total disregard for the failure of its self-acclaimed change mantra that has come to rescue the Nigerian state, rather than throwing unprofessional jabs at the NEDG as a credible group who has delivered in past debates between former President Obasanjo and Olu Falae.

Co-ordinator of the group, Oluwasanmi further warned that Nigerians have come to terms with the realities of the inability of General Muhammadu Buhari to clearly outline his vision and mission for the country without the tacit support of his behind-the-scene-actors in public glare and no group of persons should try to confuse Nigerians and members of the international communities in what observers have described as political joke of the century.

?Recent revelations trailing the refusal of some candidates to participate in the much anticipated presidential debate being organized by the Nigeria Election Debate Group, have prodded the Centre as an impartial monitor of activities in the forth coming general elections to press further on the technical details and was shocked to discover that it will be an exercise to expose the lack of capacity, ineptitude and poor service records already available in the public domain.?

?It therefore beats our imagination that in the 21st century where education has bridged the gap between our ethnic accent and public presentation, some not-well-prepared candidates who intend to govern the country by proxy have gone to town to make a mess of the NEDG in a manner that is unheard of in a civilized democracy in the world. The Centre therefore wishes to challenge the All Progressives Congress, its Presidential candidate and all concern parties who mean well for Nigeria to prevail on General Buhari to participate in the debate, if he is not in a hurry to confirm the recent exposition on his ineptitude and lack of necessary educational qualification to slug it intellectually with other aspirants,? he added.